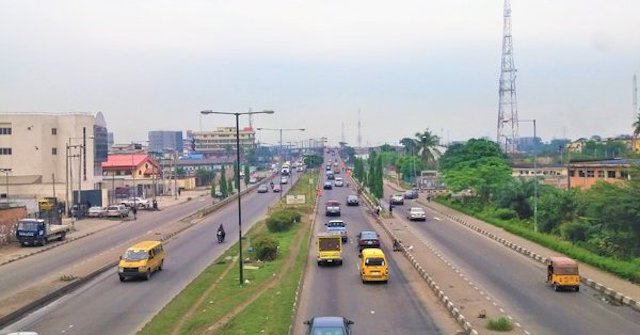 The Presidential  task force for the decongestion of Apapa traffic has recorded  over 90 per cent compliance by truckers whose vehicles created a gridlock on the roads.

The task force is working on a presidential directive on 22 May  for the immediate clearing up of the Apapa gridlock and the restoration of law and order to Apapa and its environs within two weeks.

In compliance with the directive, all  roads and bridges leading into Apapa were cleared of trucks by Saturday 25 May 2019. Eko Bridge, Carter Bridge, Stadium, Ijora, Costain, Orile Iganmu, Breweries, and Oshodi Expressway were all cleared of articulated vehicles.

A situation report issued by the Office of the Vice President said  the Nigerian Navy command has handed over traffic enforcement duties to the head of the Police team in the task force.

A combined team of 800 traffic management officials from the Lagos State Traffic Management Authority (LASTMA) and the Federal Road Safety Corps (FRSC) were deployed with 300 officers from the Nigeria Police Force (NPF) providing security for the operation.

In the same vein, the implementation of the revised call-up system jointly developed by the Nigerian Port Authority (NPA), the terminal operators and the truckers’ union also commenced over the weekend, resulting in single lane movement for the free, unhindered flow of vehicles with legitimate business into the ports.

A corridor was also created for the movement of empty containers and exports directly from Lilypond into the ports, while all empty container-laden trucks are being directed to 54 trailer parks, and non-compliant trucks are impounded by LASTMA and NPF operatives.

Dr Jumoke Oduwole, SSA to the President on Industry, Trade & Investment/PEBEC Secretary said: “We acknowledge the enormity of the assignment of the task force, and we are all committed to resolving this issue in line with Mr. President’s directive.

“The sheer volume of trucks remains significant, therefore establishing a functional traffic management system will be a work in progress. We applaud the efforts of the traffic and security agencies who have ensured the recent steady progression of trucks towards the port, and all others who are collectively working to implement a lasting solution.”

The presidential directive followed an emergency meeting convened by President Muhammadu Buhari and chaired by Vice President Yemi Osinbajo, SAN, on the 25 April, 2019. The meeting proffered lasting solutions to the gridlock around the Lagos Ports, as the traffic congestion has continued to restrict all operations and livelihood in the area.

Consequently, a Presidential Taskforce, chaired by Vice President Osinbajo was established to restore law and order to the area within two weeks.

The Taskforce, which will report directly to the President, has included on its Terms of Reference the development of an efficient and effective management plan for the entire port area traffic, including the cargo, fuel distribution and business district traffic; enforcing the permanent removal of all stationary trucks on the highway, and the development of an effective manual truck call-up system, pending the introduction of the electronic truck call-up system. It also includes the implementation of a workable Empty Container Return and Export Container Truck Handling Policy, amongst others.

Members of the task force include Mr. Kayode Opeifa, former Commissioner of Transport in Lagos State, as the Executive Vice Chairman; a representative of the Presidential Enabling Business Environment Council (PEBEC); the Nigerian Ports Authority (NPA); and the Nigerian Shippers’ Council (NSC).

A special unit of the Nigeria Police Force led by a Commissioner of Police, representatives of the Truck Transport Union, the Lagos State Government through the Lagos State Traffic Management Authority (LASTMA), and other relevant MDAs, are also represented in the Task Force.

The Nigerian Navy and all other military formations have also been mandated to withdraw from traffic management duties in and around the Apapa axis, while military and paramilitary checkpoints in front of the ports and environs are to be dismantled.

In addition, LASTMA has been authorised to move into Apapa as the lead traffic management agency, while the NPA is to commence the immediate use of the Lilypond Terminal and Trailer Park A as a truck transit park. The directive further mandates compliance by all security personnel and MDAs, while heads of the Nigerian Ports Authority, Nigeria Customs Service, Federal Ministry of Power, Works and Housing, and all other security operatives are to ensure their officers’ adherence to the new directives.

A  technical session on the gridlock and call-up system reforms was hosted by the Enabling Business Environment Secretariat of PEBEC on the 16th of April, 2019 which re-engaged all stakeholders and encouraged all agencies in the joint task force to work together to resolve the issue.