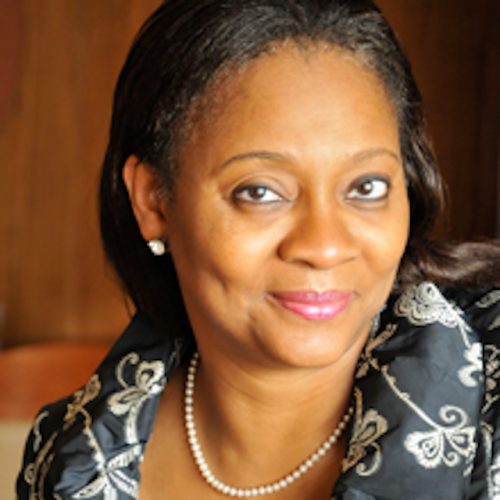 Arunma Oteh, former director-general of the Securities and Exchange Commission and former Vice President of the World Bank has slammed a Twitter fan, who professed undying crush for her and suggested she should be his ‘sugar mummy’.

“I love Arunma Oteh. My type of sugar mummy. Still crushes on her”, wrote olúwadémiládéògoayòmi @Harieson.

Oteh, who is now an academic scholar at Saad Business School in Oxford University, snapped back: “Thanks for your acknowledgement. I am unable to be a sugar mummy as it is against my values”.

The young man who has an Instagram account @iamharieson, attracted a series of knocks for his impudent remark, while Arunma was praised for her matured and firm response.

“Forgive his vile exuberance madam Oteh, it is one of the fallouts of a broken society orchestrated by an uninterrupted spell of broken leadership”, wrote Ikenna Ochei @ikoreal2005.

Abimbola Onigbinde @aoligbinde reacted: “Don’t be ‘joking’ with everyone here without decorum. @aoteh is old enough to be mother to many of those dudes bantering in her timeline about sugar mummy!”

A.K. Ibe said: The best mature response, I have read in a long while. I salute women, who inspire the next generation in positive ways. Posterity will remember you for good in your contributions to Nigeria and humanity”.

Read some other tweets provoked by the request:

When I thought I'd heard it all. Madam is gorgeous I agree. But bros fear God o

Another wonderful response, to keep me believing, that indeed all hope is not lost concerning our moral values.