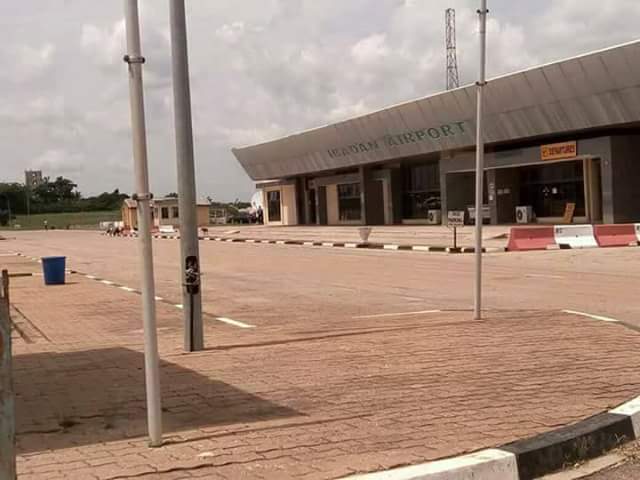 Mr Victor Akinyelure, the Ibadan Airport manager, said on Tuesday that the airport recorded 13,305 passengers traffic in the first quarter of 2019.

Akinyelure, who made this known in Ibadan, said 571 aircraft movement was also recorded during the period under review.

He said that two airlines – Arik and Overland Airways — operate in the Ibadan Airport and run shuttle service between Ibadan and Abuja.

“Apart from the two airlines, chartered flights also patronise the airport while flight operations have been hitch-free.

”The remodeling of the airport terminal, which was inaugurated on May 18 by the Minister of State for Aviation, Sen. Had Sirika, had started enhancing smooth operations at the airport.

”The airport runway is 2,400 by 45 meters and suitable for operations without hindrance, though it needs to be extended to be able to accommodate larger aircrafts.

”Ibadan airport is gradually regaining its lost glory as a result of the revolutionary strides in aviation industry by the present administration.

”We enjoin prospective travelers especially those on the Ibadan-Abuja route to maximise the advantage of the remodeled Ibadan Airport.

”The airport is safe for all passengers and I urge everyone to make use of the facilities that have been upgraded.

”Effort is on to expand and extend the runway and put in more facilities that will attract more airlines thereby creating more routes to fly,” the airport manager stated.

Akinyelure ruled out the problem of animal grazing on the airport runway, saying the neighbouring communities cooperate with the airport management to nip in the bud the menace within the airport’s premises.

On encroachment on its land, the manager said that effort was on by the Federal Airports Authority of Nigeria to reclaim its land from such individuals or group that had encroached on the airport’s land.