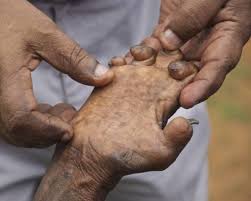 The Leprosy Mission Nigeria, in collaboration with the Kogi State government, is to develop a five-year strategic plan to assist vulnerable groups in the society.

Mrs. Bolanle Amupitan, Commissioner for Women Affairs and Social Development, disclosed this in an opening remarks at a four-day Strategic Plan Development workshop for key stakeholders held on Tuesday in Lokoja.

Amupitan said that the Mission was working in three states and chose to implement the programme in Kogi in view of the state’s vulnerability since it was sharing boundaries with 10 other states.

According to her, the five-year strategic plan would enable the state government, working in synergy with the Mission, manage the affairs of vulnerable groups living with disabilities resulting from leprosy and other diseases.

In her remarks, Mrs. Hannah Fashona, the State Programme Coordinator of the Mission, said that it began work in Nigeria in 1986, and started in Akwa-Ibom before the Federal Government invited it in 1989 to team up with three other agencies to tackle the leprosy scourge.

“The leprosy mission stationed its activities in eight states – Sokoto, Kebbi, Zamfara, Niger, Kwara, FCT, Kogi and Akwa Ibom – and has since remained in the business of treating leprosy and providing general healthcare support to affected people,” she said.

According to her, the mission also supports corrective surgery and physiotherapy, train lepers in self-care to prevent injury and disability, provide low-cost housing support, water and sanitation, as well as support education and vocational training.

Mr Suleiman Omeiza, Permanent Secretary, Ministry of Women Affairs and Social Development, commended the mission for its efforts, saying that what people living with disabilities needed was just enforcement of their rights, and not pity.

The lworkshop is expected to end on Friday, May 31.