Photo: Amosun reads news on OGTV to sign out as governor 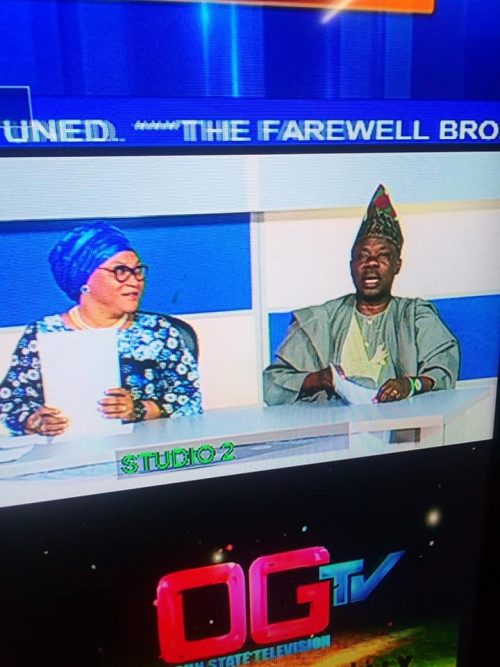 Here is the OGTV news by Ibikunle Amosun

It was a sight to behold on Tuesday as the outgoing Governor of Ogun state, Senator Ibikunle Amosun, surprised the people  as he read the 8p.m. news of the state-owned television station OGTV.

The governor read the news together with OGTV newscaster Kemi Ewedairo Yusuph.

Amosun dressed in “agbada” and his tall cap read the news on the last day of his eight-year reign in Ogun to say thank you to the people of the state for the cooperation given to his administration.

Watch a clip of the news as recorded by a citizen of Ogun: