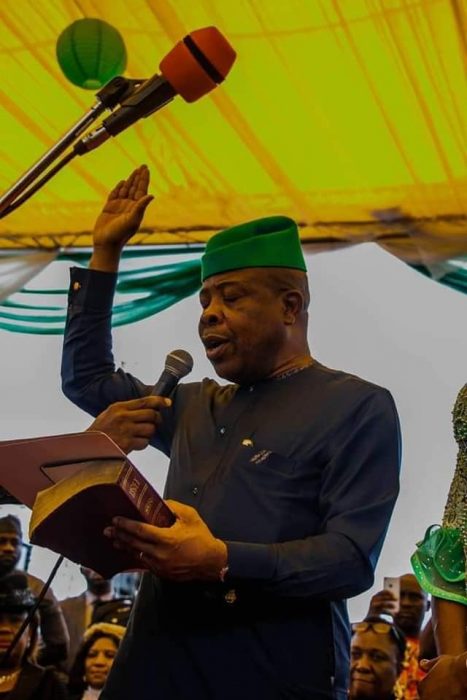 A stampede has occurred at the inauguration of Emeka Ihedioha as governor of Imo State, with 10 people, including a pregnant woman injured.

A member of the medical team for the inauguration, Dr Francis Igwe, confirmed the figure.

The stampede resulted from a huge crowd which besieged the Dan Anyiam Stadium, venue of the inauguration,

Igwe said, however, that the victims were revived.

He told NAN that the medical team led by Dr Vin Udokwu was proactive to handle the situation.

“When we saw the crowd, we suspected that there may be an emergency situation; we quickly put our personnel and equipment together just to get ready,” he said.

Members of the Red Cross Society were also seen assisting in rescue operations during the stampede.

Before the inauguration, a woman had fainted and was carried away from the field by the medical personnel with a stretcher.

Igwe said that all situations were controlled.