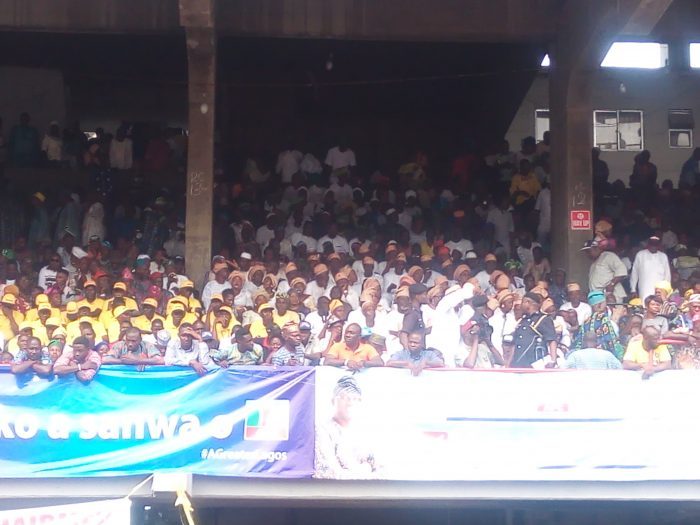 Crowd at the event

There is tight security and a massive crowd at the Tafawa Balewa Square, TBS, venue of the inauguration of Babajide Sanwo-Olu as the next Governor of Lagos State.

Hundreds of gun-wielding policemen, soldiers and other security outfits were on ground to ensure maximum security,

Gaining access into the TBS was difficult as security operatives made life unbearable for people, especially pressmen, as they feigned to be acting under instruction.

Thorough screening was being carried out on guests, and others.

Several dignitaries were already seated awaiting the arrival of Sanwo-Olu. The deputy governor-elect, Dr Obafemi Hamzat is already at the venue of the swearing-in ceremony.

Parade by military and para-military personnel was ongoing.