US absolves China from currency manipulation 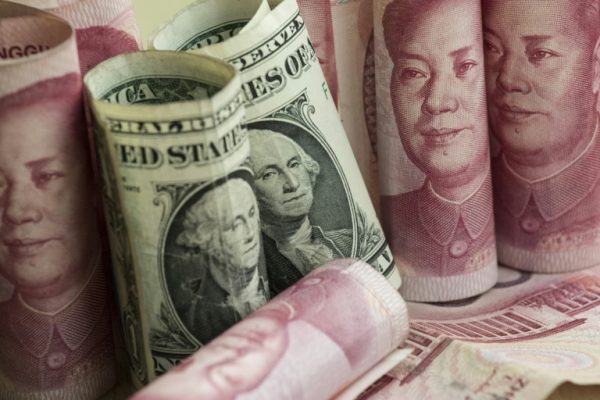 US Treasury says China not manipulating its currency

China  is no more in the black book of the United States for manipulating its currency, Renminbi, according to the latest report by the US Treasury.

The report also absolves  other trading partners of the US.

However, the  Treasury called on the Asian economic giant to avoid allowing the renminbi to weaken persistently.

While the report said “direct intervention by the People’s Bank of China in the last year has been limited,” Treasury said in a statement that it “continues to urge China to take the necessary steps to avoid a persistently weak currency.”

The closely watched report broadened the field of its scrutiny for potential currency manipulation, since a weak currency makes exports to the United States more competitive and could undermine Washington’s current efforts to cut a soaring global trade imbalance.

Beginning with this report, the Treasury is assessing all US trading partners with annual trade surpluses in goods of more than $40 billion.

Based on trade in 2019, that standard covered 21 countries with nearly $3.5 trillion in goods trade with the United States, according to the report.

With the new expanded list, Treasury put nine trading partners, including China, on the “monitoring list” of countries “that merit close attention to their currency practices.”

“Treasury takes seriously any potentially unfair currency practices, and Treasury is expanding the number of US trading partners it reviews to make currency practices fairer and more transparent,” US Treasury Secretary Steven Mnuchin said in a statement.

The report noted that China’s currency had fallen 3.8 percent against the US dollar in the second half of last year, making it eight percent weaker over the last year. However, China only triggered one of the criteria used to determine whether a country merits close monitoring.

Germany remains on the watch list for a third year, and Treasury noted it has “the world’s largest current account surplus,” and a $68 billion trade surplus with the United States in 2018.

While Germany has repeatedly been listed, like Italy and Ireland it is part of the eurozone and no longer has independent control over its currency or monetary policy, which is handled by the European Central Bank.

India and Switzerland were removed because for two consecutive reports they had both met only one of three criteria necessary for inclusion on the monitoring list.

While India had a significant bilateral surplus, Switzerland had a material current account surplus, according to the report.