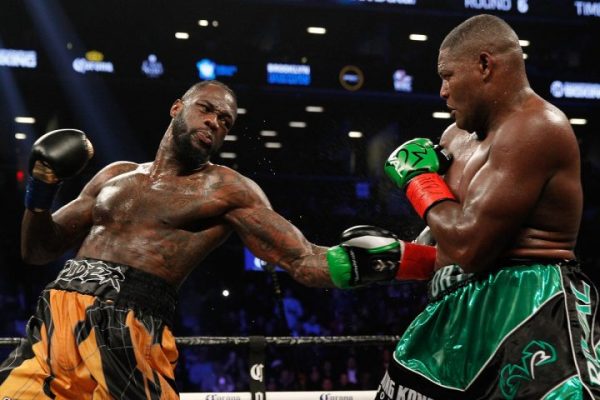 The much expected unification fight between World Boxing Council heavyweight champion Deontay Wilder and rival Anthony Joshua will not happen so soon as Wilder announced a rematch with Cuba’s Luis Ortiz.

In an announcement on Twitter, Wilder said he had signed a deal to face Ortiz once more following a bruising first battle in March 2018. He attached the video of the clash.

To all my fans,
I want to announce that Luis Ortiz and I have signed for a rematch, with the date and site to be announced shortly.
All my controversial fights
Must get dealt with ASAP‼️#BombZquad pic.twitter.com/RZs7vLEhaj

Wilder won his first encounter with the Cuban nicknamed “King Kong” with a 10th round stoppage, but not before the 40-year-old had badly shaken the undefeated champion.

While no date or venue was announced, US media reports said the two men would face off in Las Vegas on September 28.

Wilder, 33, defended his title for the ninth time on May 18 after demolishing Dominic Breazeale with a first round knockout.

The WBC champion is unbeaten in 41 fights, including 40 inside the difference, with the lone blemish on an otherwise perfect record a draw with Britain’s Tyson Fury last December.

Wilder’s decision to fight Ortiz makes it unlikely he will meet rival Joshua in a much-anticipated unification fight this year.

Wilder has not fought more than two fights in a calendar year since 2015, and would realistically face a short two-month turnaround to squeeze in a bout with Joshua before the end of the year after his bout against Ortiz.

Speaking after his recent win against Breazeale, Wilder said he was ready to face Joshua but called for patience from fans.

“This fight will happen,” Wilder said. “The big fight will happen, I promise you that. I just want you guys to have patience and give us a little time to make this thing happen so we all benefit from it, not only just you fans.”