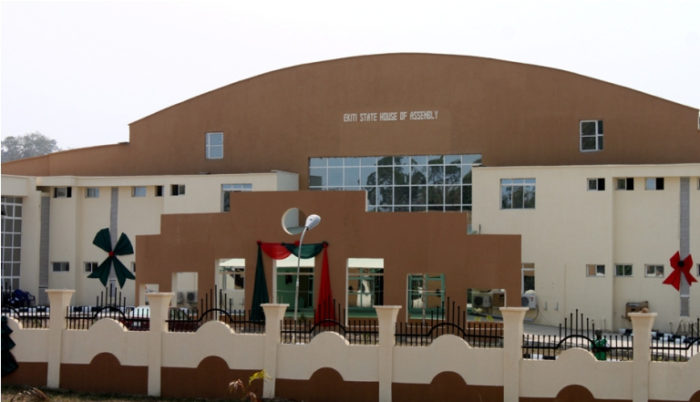 The Ekiti State House of Assembly has passed the Administration of Civil Justice Bill.

The bill entitled,” A Bill for an Act for the Provision of Administration of Civil Justice in Ekiti, 2019″ was unanimously passed at Thursday’s plenary presided over by the Speaker, Mr Adeniran Alagbada.

The News Agency of Nigeria (NAN) reports that the bill was sponsored by the Attorney-General of Ekiti, Mr Wale Fapounda, to ease the administration of civil cases procedure.

Contributing during the debate, Chief Gboyega Aribisogan (APC-Ikole 1), Mr Badejo Anifowose (PDP-Moba 2) and Mr Wale Ayeni,(PDP-Ikere 1) all called for the speedy passage of the bill.

The bill, according to Ayeni, would create room for conflict resolution on civil matters, thereby easing the administration of justice in the state.

The bill, if eventually assented to by the governor, would also provide for the electronic filing and recording of civil justice procedure.

NAN reports that the House at Thursday’s sitting adopted the report of its Committee on Local Government and Chieftaincy Affairs.

The report of the committee was read by one of its members , Mr Badejo Anifowose.

NAN reports that the House thereafter approved the recommendation of the committee.

Following the resolution, the traditional ruler of Ode-Ekiti, Oba Adedara Aderiye, was mandated to approve the nomination of one Mr Moses Olotu as the Eletin of Ode-Ekiti in Gbonyin Local Government Area.