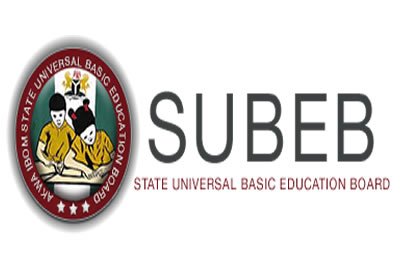 The Cross River Universal Basic Education Board (SUBEB) says it has uncovered an alleged attempt by a fraudster to defraud it of N1.3 billion from UBE Matching Grant.

The Executive Chairman of the board, Dr Stephen Odey, disclosed this on Thursday in a statement made available to newsmen in Calabar.

He said that the suspect (name withheld) forged the signature of the Executive Chairman and used the old letter head of the board in an attempt to make withdrawals in one of the board’s bank accounts.

According to him, the bank alerted the board when it suspected a foul play in the transaction.

The chairman said that the bank further reported the case to the Department of State Services (DSS) and the suspect was tracked down in Edo.

“On April 30, I was contacted by Ecobank to confirm my authorisation for the transfer of the sum of N1.3 billion to an account number belonging to WRTS Nigeria Limited through a letter purported to have been sent by me to their Lagos branch.

“I was further informed that a certain Prof. Ofeimun had made several calls to the bank asking that the said amount of money be transferred to his account as the owner of the company.

“This is in spite of the fact that SUBEB does not even have such an amount in its matching grant account.

“The ill-fated letter purported to have been signed and written by me was sent to my e-mail by the bank,” he said.

Odey stated that “Prof. Ofeimun is unknown to me and has no contractual relationship with my office and the said letter was forged.

“I quickly reported the matter to the Chief Security Officer to the Governor, Mr Mark Anyogo.

“And I wrote a petition to the DSS to intervene and track down the Prof. Ofeimun with his phone number sent to me from the bank.”

He added that, upon his assumption of office, he had adopted the use of a new letter head with security features as a pre-emptive measure to stop fraud in SUBEB.

He condemned the act, describing it as barbaric, saying that it was a calculated attempt to cause problems for the Board.

Odey warned fraudsters to steer clear of SUBEB accounts or be subjected to dire consequences.

He commended the DSS for its timely intervention on the situation and for tracking down the suspect thereby vindicating the board.

According to him, the suspect is still in the custody of DSS for further investigation.

“The suspect will be transferred to the EFCC for prosecution upon conclusion of the investigation,” he said.

The SUBEB chairman said that this was the third attempt to defraud the board and all had been successfully forestalled.