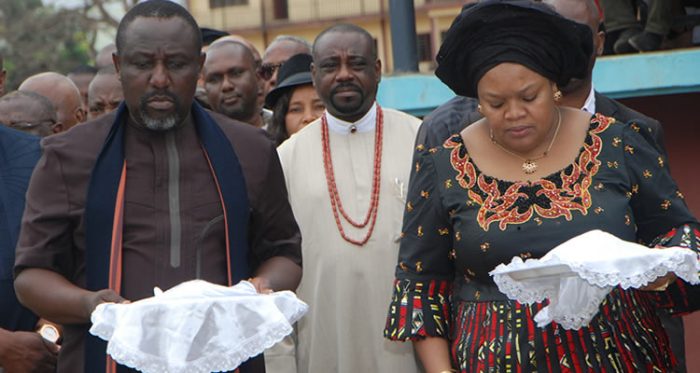 There is no truth in the story making the rounds that operatives of the Economic and Financial Crimes Commission(EFCC) have staged a crackdown on former Imo governor Rochas Okorocha, his wife Nkechi and some other members of his family.

When asked to confirm the report, an EFCC source said the whole story was concocted.

Okorocha, a well-known philanthropist before being elected in 2011, ruled Imo till 28 May 2019. He was chairman of the Progressives Governors Forum.

His successor, Emeka Ihedioha a former deputy speaker, has described Okorocha’s era a setback to the state.

In his inaugurql speech on Wednesday, Ihedioha slammed the Okorocha administration for “degrading” most institutions in the state.

He said Okorocha debased and desecrated governance” and promised to remedy the damages done.

“The outgoing administration degraded and destroyed most of our institutions and values.The legislature, the judiciary and the civil service, all suffered grievous assaults, with the House of Assembly made redundant and court orders routinely disregarded.

“But Imo State will, as always, endure. Imo will revive and prosper again.We urge you to be courageous in this conviction, for we are not captives of fear”, Governor Ihedioha said..