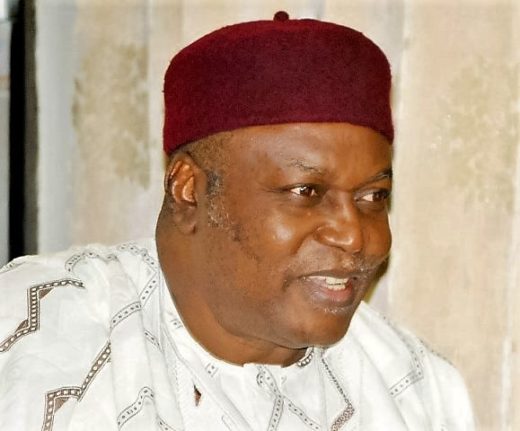 The newly installed Taraba State Governor, Darius Ishaku, on Wednesday appealed to the opposition to join hands with his administration to foster development of the state.

Ishaku made the appeal in Jalingo, shortly after taking the oath of office to begin his second tenure as governor of the north-eastern stated.

The governor, who noted that the time for politicking was over, appealed to aggrieved persons to close ranks for a better Taraba.

“I want to use this opportunity to appeal to the opposition to join hands with me to foster development in the state.

Ishaku said that his administration in the second term would prioritise agriculture, education and security so as to accelerate development.

The governor also appealed to the people of the state to eschew violence and follow the path of peace, and also promised to tackle the issues responsible for the lingering strike at the Taraba university.

“We will look into the issues and ensure a permanent solution to the incessant strikes in the institution. We shall take all steps necessary to end the disruption of academic activities in that school.”

The News Agency of Nigeria (NAN), reports that Ishaku and his Deputy, Alhaji Haruna Manu, were sworn in by the Chief Judge, Justice Josephine Tuktur.

Among dignitaries at the event were former defence minister Rtd Lt. Gen. Theophilus Danjuma, Senators, as well as national and state assembly members.