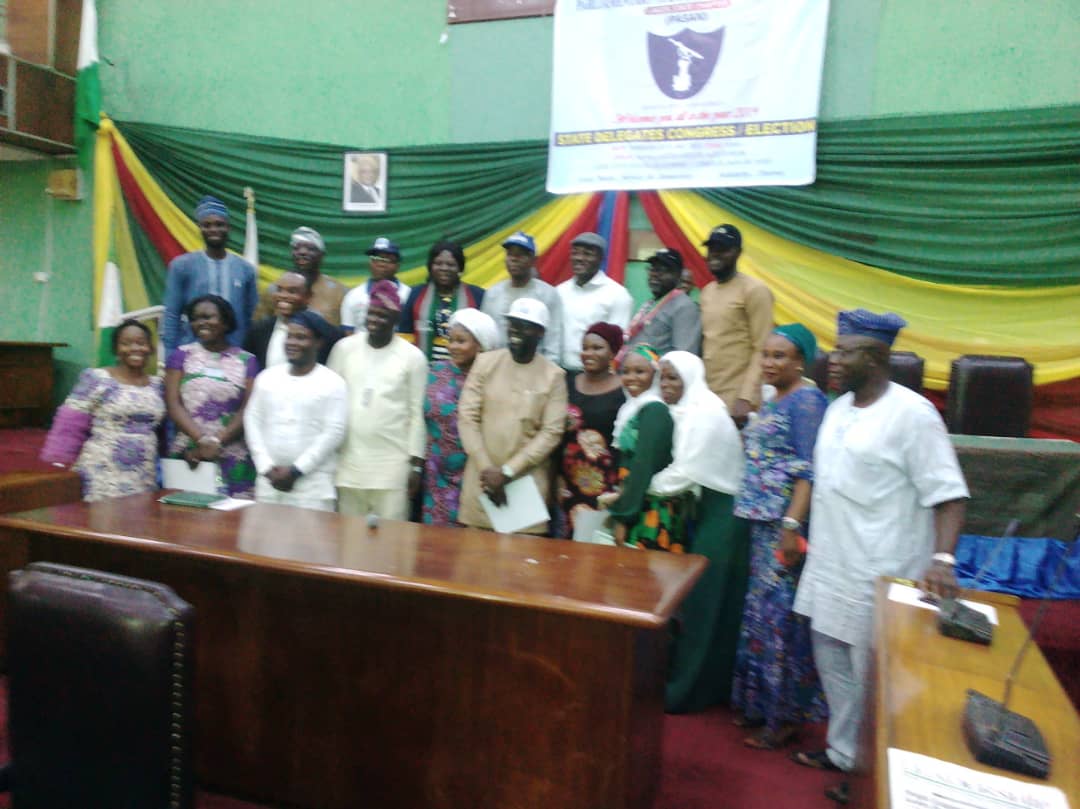 FILE PHOTO: New Executive members of the Lagos State House of Assembly Parliamentary Staff Association of Nigeria (PASAN) after their elections on Thursday.

The Lagos State House of Assembly chapter of the Parliamentary Staff Association of Nigeria (PASAN) on Thursday elected new executive members to lead the association for the next four years.

The 13 available positions, eight offices were unopposed, while five were contested at the 2019 State Delegates Congress/Election of the union in Lagos.

Mr Adewale Adele, who was returned unopposed as the Chairman, said he had used his office to facilitate a lot of dividends for the entire staff of the assembly.

Adele said such included increment in fuel allowance to all staffers in 2015, usage of staff buses in 2016 and the yearly participation in May Day celebration.

“We provided notice board for dissemination of information in 2018, organised a tutorial for staffers preparing for promotion examination in 2017, and we ensured prompt readiness of financial reports yearly,” Adele said.

He promised to serve them better in his second term.

The new executive members received Certificates of Return and took the Oath of Office.