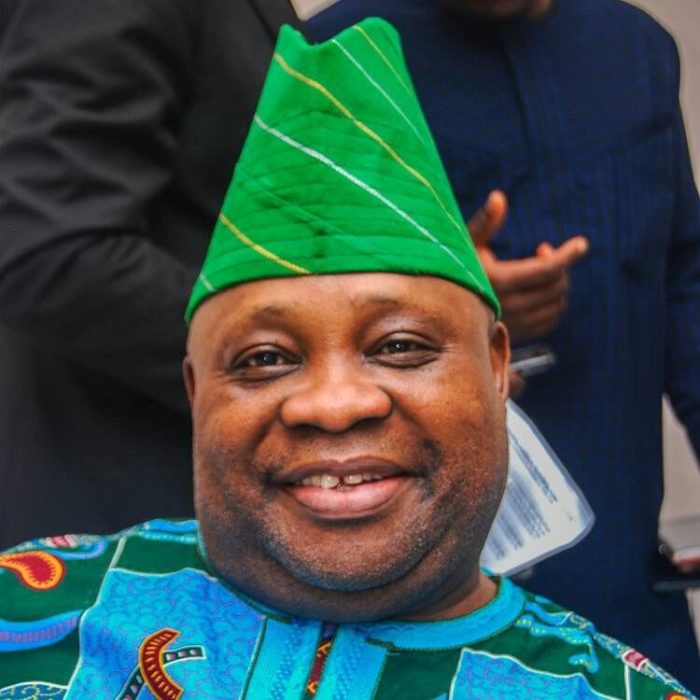 The Peoples Democratic Party (PDP) has hailed the judgment of the Court of Appeal which ruled that its guber candidate for Osun, Sen. Ademola Adeleke, was constitutionally qualified to contest the election.

The party gave the commendation in a statement issued by its National Publicity Secretary, Mr Kola Ologbondiyan, on Thursday in Abuja.

Ologbondiyan described the judgment as a triumph of justice and the will of the people of Osun over oppressive forces.

He said the ruling of the court finally put to rest all contentions about the educational qualification of Adeleke and rendered all such cases in lower courts incompetent.

Ologbondiyan said that the Appeal Court, by its decision, had affirmed justice and restored the verdict of the Osun people on the eligibility of Adeleke to stand for election.

“Moreover, the findings of the Appeal Court that the FCT High Court lacked powers to entertain the matter, since the issues therein are related to what transpired in Osun, serves as a lesson to desperate politicians engaging in abuse of court processes.

“The PDP commends these Justices of the court of appeal for restoring the confidence reposed on the judiciary as the last hope of the common man,” he said.

Ologbondiyan counseled the All Progressives Congress (APC) and its agents to end their unnecessary attacks on Adeleke.

He advised them to allow the people of Osun to enjoy their much-desired benefits of having a competent, people-oriented and purposeful leadership under Adeleke.

The Court of Appeal in Abuja on Thursday ruled that Sen. Adeleke was qualified to contest the September 2018 governorship election.

A three-man panel of the court made the pronouncement in a unanimous judgment which upheld the appeals by Adeleke and his party, the PDP.

Justice Emmanuel Agim, who read the lead judgment of the Court of Appeal, awarded the cost of N3m against the plaintiffs who instituted the suit before the FCT high court — Wahab Raheem and Adam Habeeb — who were respondents to the appeals filed by Adeleke and the PDP.