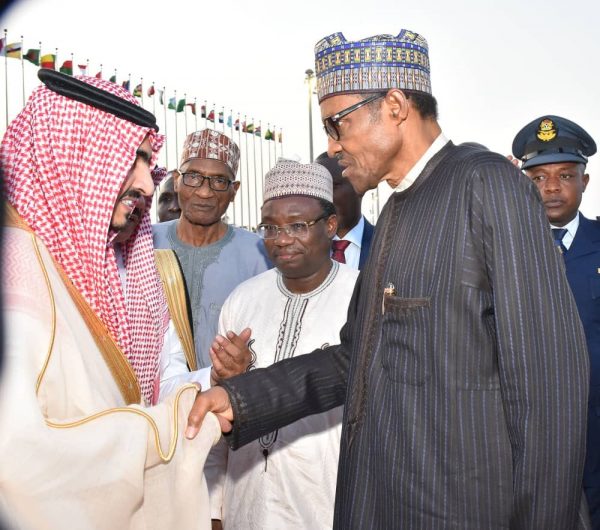 President Muhammadu Buhari has arrived Jeddah, Saudi Arabia for 14th session of the Summit Conference of the Organisation of Islamic Cooperation, OIC.

The summit will begin on Friday.

On the agenda were the question of Palestine and the Arab-Israeli conflict; Rohingya crisis in Myanmar, combating terrorism and violent extremism; the humanitarian situation in the Muslim world; promotion of scientific cooperation, among others.

President Buhari is the third Nigerian leader to attend the OIC conference in person, after the late Alhaji Umaru Yar’Adua and Dr. Goodluck Jonathan.

Nigeria joined the OIC in 1986 and has held various positions in the Organisation, including Independent Permanent Human Rights Commission (IPHRC) Commissioner, Amb. M.L. Sulaiman, elected in 2017.

On the agenda were