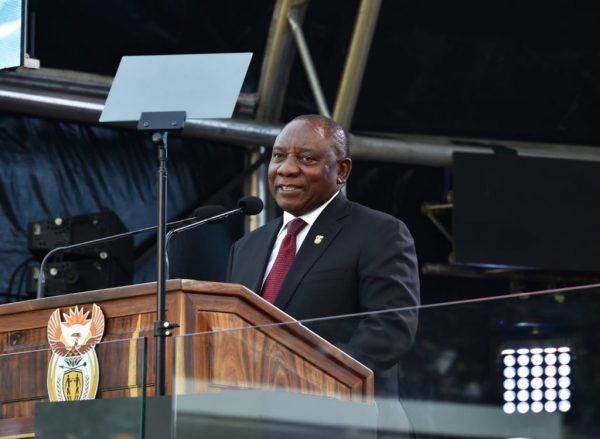 South Africa’s President Cyril Ramaphosa has fulfilled his pledge to constitute a trimmed cabinet, slashing the number of ministries from 36 to 28. Among the new appointees was finance minister Tito Mboweni, retained to send a message of stability to investors.

However, Ramaphosa raised eyebrows when he appointed over 30 deputy ministers.

“Trimming the size of cabinet by the size he did is a strong message, but creating so many deputy ministries is a problem. So no, it’s not enough yet,” said Ralph Mathekga, an independent political analyst.

Ramaphosa was sworn in as South Africa’s president on Saturday for his first full five-year term.

Analysts said the trimmed cabinet will serve as an early barometer of his ability to push through change more efficiently, having struggled to implement tough reforms since he succeeded scandal-plagued Jacob Zuma last year.

“All South Africans are acutely aware of the great economic difficulties our country has been experiencing and the constraints this has placed on public finances,” he said in a televised national address.

“It is therefore imperative that in all areas and spheres of government, we place priority on revitalizing our economy while exercising the greatest care in the use of public funds.”

The immediate task of the new cabinet will be to help Ramaphosa revive Africa’s most industrialized economy and preserve its last investment-grade credit rating.

Ramaphosa’s long to-do list also includes generating jobs, acting against entrenched corruption in and outside the ANC, resolving policy uncertainty in the mining sector and speeding up reforms of power utility Eskom and other state-owned entities.

Here is the full list of ministers and deputy ministers as published by News24.com

* Minister in the Presidency for Women, Youth and Persons with Disabilities: Maite Nkoana-Mashabane (The Deputy Minister is Prof Hlengiwe Mkhize)