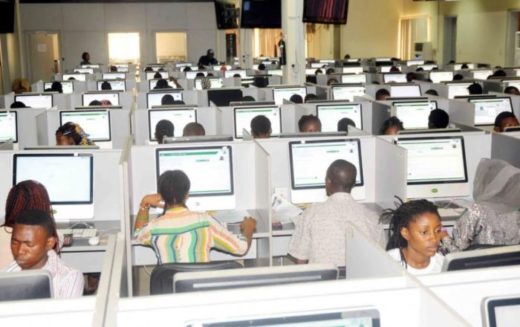 The Joint Admissions and Matriculation Board (JAMB) has released 4, 636 more results of its recently conducted Unified Tertiary Matriculation Examination (UTME).

The board’s Head, Media and Information, Dr Fabian Benjamin, made this disclosure in a statement on Friday in Lagos.

The number of the just released results of candidates were among the 34,120 that were initially withheld while announcing the results on May 11.

The Registrar of the board, Prof. Ishaq Oloyede had explained that of the total number of results withheld, 15, 145 candidates’ results were withheld for further clarifications as identical twins and siblings.

A total of 1,868, 508 candidates had registered for the examination that took place from April 11 to April 18, NAN reports.

“Today, following consideration of the committee set up for the screening of the 4,760 candidates whose results were withheld due to multiple facial matches, with different names, during the 2019 UTME, JAMB has finally released the results of 4,536 absolved of complications.

“This release became necessary following a facial match recognition carried out by specialised software and IT experts.

“The board has also released the results of 231 other sets of candidates who sat for the same examination at the Nigeria Navy Secondary School, Abeokuta in Ogun,” Benjamin added.

He further explained that from diligent investigation it was discovered that all these candidates did not have a hand in all that transpired in that school.

The spokesman said the centre had since been suspended for acts not acceptable by the board.

He noted further that out of the total number of candidates that were subjected to the screening, the board would further subject the results of 127 more candidates for further physical examination.

“Those to be subjected to this further physical examination will be contacted soon.

“They must appear before an inspection team to clarify other likely areas of multiplicity,” he said.

Benjamin disclosed that the 127 candidates had been grouped into zones for convenience and easy accessibility.

“Others from the North-Central states such as Kwara, will converge in Ilorin while those from Plateau, Nasarawa and the Federal Capital Territory will converge at the board’s headquarters in Abuja,” he said.

According to him, the result of 97 others established to have been involved in multiple registration and other forms of infraction still have their results withheld.