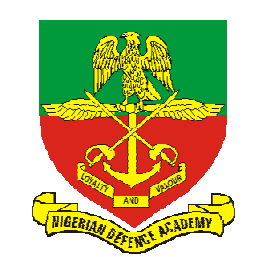 The Nigerian Defence Academy (NDA) has embarked on the planting of 10,000 variety of trees on its two campuses at Afaka and Ribadu areas of Kaduna to tackle desertification.

The Commandant of NDA, Maj.-Gen. Adeniyi Oyebade made the disclosure on Friday in Kaduna during the flag off of the ‘NDA Green Project’ to tackle desert encroachment.

“I do know the great green wall project is still on, but in our own little way, we must ensure that in 10, 20 or more years to come, we still have a secure and healthy environment.”

He explained that the idea of the green project was borne out of the desire to have a secured and healthy environment.

Oyebade said that the NDA would institute a green policy, where no one would be allowed to cut down trees, but to trim them when the need arises.

He also disclosed that the NDA would create recreation parks in the neighborhoods of Afaka and Ribadu cantonment with a view to having a conducive environment.

The NDA Commandant said that the 10, 000 tree seedlings were purchased from the Forestry Research Institute of Nigeria and would be planted on its two campuses in Kaduna.