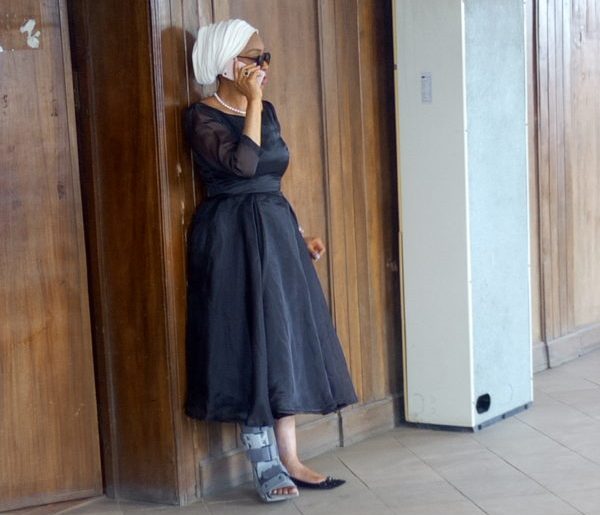 A Federal High Court in Lagos was on Friday informed that embattled Justice Rita Ofili-Ajumogobia facing money laundering charges, is currently on admission in the Hospital.

The court had fixed May 31, for hearing in a motion filed by the embattled Judge of the Federal High Court, challenging her trial in the court.

NAN reports that the defendants are standing trial before Justice Rilwan Aikawa.

They were re-arraigned on May 15, and both pleaded not guilty to all counts of the charge.

The court granted them bail in the sum of N10 million each, with two sureties in like sum.

During the proceedings counsel to Ofili-Ajumogobia, Robert Clarke, SAN, told the court that his client was absent in court today, having been admitted to a police hospital for treatment.

Ofili-Ajumogobia’s counsel, in furtherance of his claim, presented to the court a medical report and also sought an adjournment of the case.

However, prosecution counsel, Rotimi Oyedepo, told the court that Clarke lied about his client being on sick bed in hospital.

“My Lord, the medical report is not duly certified.”

He also told the court that Ofili-Ajumogobia made the same claim when she was being investigated.

“I am not convinced that the first defendant is admitted to any hospital because she told the same lie of being hospitalised to one of the EFCC operatives when she was charged before Justice Hakeem Oshodi of the State High Court, Ikeja”.

In his response, Clarke informed the court that he had filed and served on the prosecution an application challenging the jurisdiction of the court to further hear the suit against his client by the EFCC.

Counsel to the second defendant, Ferdinand Obi, who had also prayed the court for a separate trial of his client at the last sitting , also urged the court, upon hearing of the application, to rule on it before the commencement of trial.

After listening to all parties, Justice Aikawa adjourned the case till June 24, 2019 for hearing of the preliminary objection and Obla’s “Motion on Notice” for separate trial.

Ofili-Ajumogobia and Godwin Obla, SAN, were arraigned on May 15, 2019 on an 18-count charge bordering on breach of trust, false statement and unlawful enrichment.

*Updated.
This report was first published as “Justice Ajumogobia admitted to hospital’.