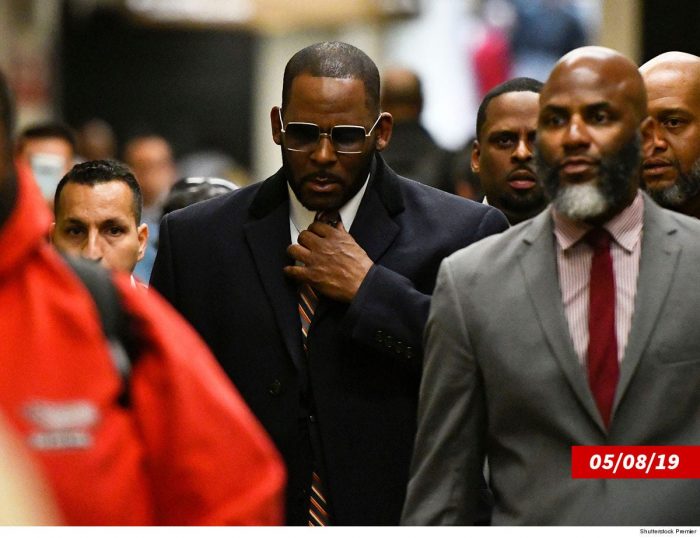 R. Kelly’s accusers are giving testimony to a federal Jury alleging the singer traffic underage girls for his sexual desires.

Sources directly connected to the case said numerous witnesses testified before the grand jury, claiming Kelly’s team secured travel at the singer’s direction to move them across state lines for sexual purposes while they were underage, TMZ reports.

According to the source the grand jury is also hearing testimony that could lead to obstruction of justice indictments.

One of the alleged victims testified Kelly’s team paid off witnesses to NOT testify in the 2008 trial where Kelly was acquitted of child pornography.

One of the families supposedly paid off by Kelly was the family of the alleged victim in the 2008 trial.

Prosecutors claimed the girl in a sex tape that was submitted into evidence was the goddaughter, but apparently, the jury was not convinced, because she did not testify.

The grand jury is keying into allegations Kelly and his team attempted to impact the outcome of the 2008 trial through witness intimidation and threats of bodily harm.

The grand jury testimony also revealed that witnesses in the 2008 case were allegedly sent on vacation when the trial was underway so they wouldn’t be available to testify.

Prosecutors in the Northern District of Illinois are building a case against which is separate from two other probes currently underway in New York, TMZ reports

News Agency of Nigeria (NAN) reports that for more than two decades, the 52 year-old born Chicago rapper turn singer, song writer, and record producer had been trailed by allegation of sexual misconducts.

He was married to a young singer who turned out to be 15 years old. There were claims that he controlled women in a cult like atmosphere.

He was linked to an infamous sex tape. None of it meaningfully stood in the way of the 6 foot 1 inch singer and professional basketball player.

The authorities accused the father of three for aggravated criminal sexual abuse involving four victims, three of whom were underage.

The offence could carry a sentence of between three to seven years in prison for each count. Kelly faces ten of them.