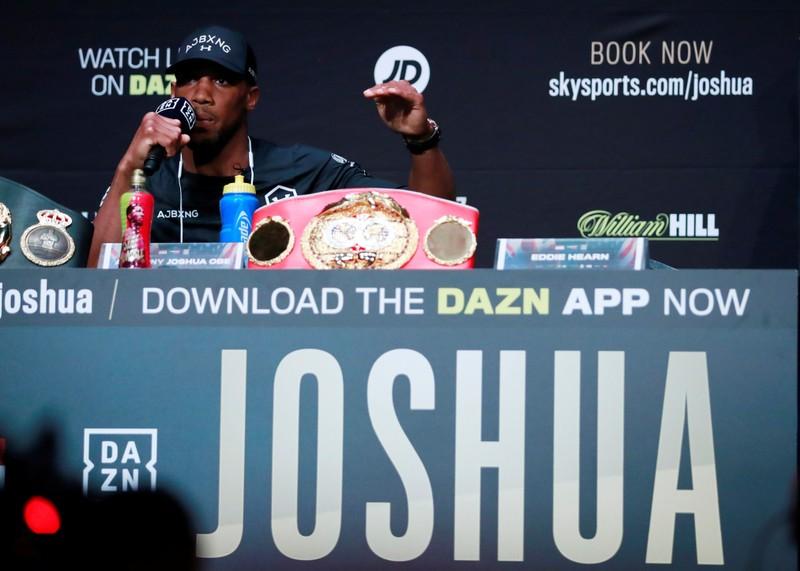 Anthony Joshua’s long-awaited U.S. debut on Saturday may not be the mega-fight with Deontay Wilder the boxing world is waiting for, but the British heavyweight champion is taking his Mexican opponent just as seriously.

Joshua will defend his IBF, WBA and WBO titles at New York’s Madison Square Garden against Andy Ruiz Jr., who is looking to become the first Mexican heavyweight champion, and the Briton is not taking his opponent lightly.

“Fighting Andy for me is just as dangerous as fighting Deontay Wilder or Tyson Fury because they both possess their own skills and it’s a banana fight for me in both aspects,” Joshua told a news conference at Madison Square Garden on Thursday.

“So I will take Andy deadly serious. I don’t overlook him at all. I respect him. I respect his whole team and I really respect the fact that he put his name on the dotted line to take this challenge.”

Joshua, who won gold at the 2012 Olympics, had originally been scheduled to fight Jarrell Miller, but the New York State Athletic Commission refused to sanction the fight after the American failed a drugs test.

Ruiz, who held two of Joshua’s belts for a photo-op at the news conference, said he may respect his opponent, but that all goes out the window the moment the bell sounds to start the opening round.

“I don’t really have nothing bad to say about Anthony Joshua. He’s a champion and I’m a fan of him. I respect him,” said Ruiz.