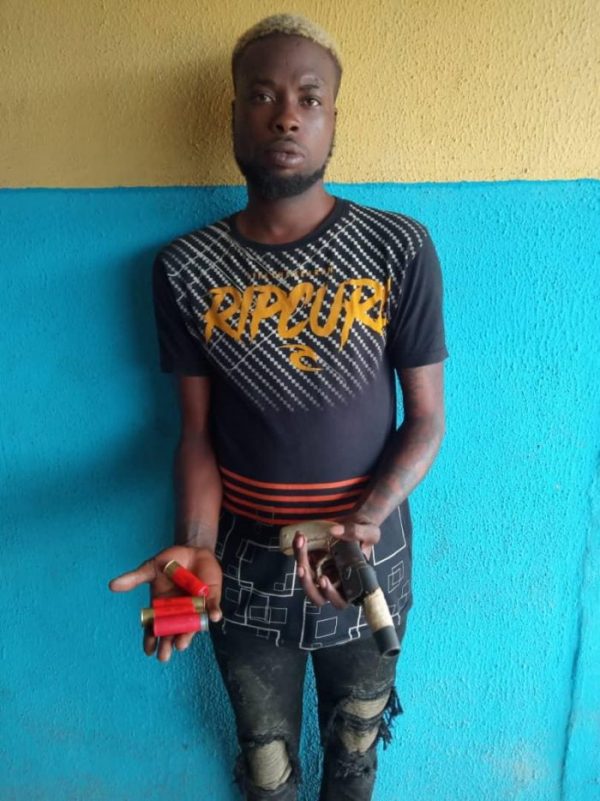 The Ogun State Police Command has confirmed the arrest of a 31-year old man Oluwaseun Fakoyejo with gun during the inauguration of Prince Dapo Abiodun as governor of the state at the main bowl of MKO Abiola Stadium, Kuto Abeokuta.

The arrest of the suspect followed an intelligence report that some hoodlums were coming to the stadium to foment trouble.

Not quite long after the departure of the governor and some dignitaries, the SARS operatives deployed at the venue arrested one of the miscreants while others escaped. A single barrel pistol and four live cartridges were recovered from the suspect.

The state Commissioner of Police, Bashir Makama, has ordered a thorough investigation of the suspect and manhunt for his fleeing accomplices.