Agbaje: These are dangerous times, what Buhari should do on insecurity 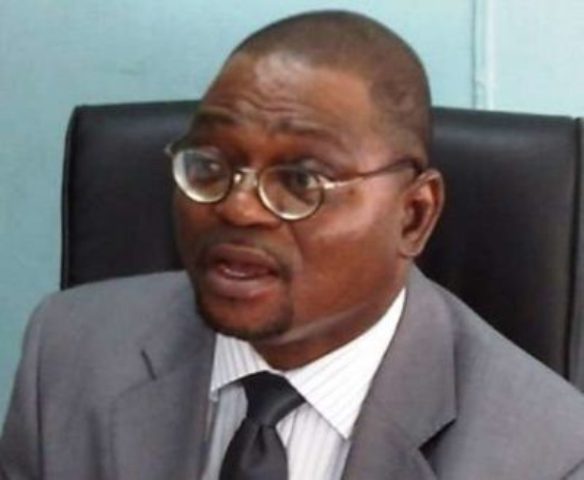 A Political Scientist and former Deputy Vice Chancellor, Academic, University of Ibadan, PROFESSOR ADIGUN AGBAJE spoke with GBENRO ADESINA about the failure of the Nigerian Government to secure its citizens from terrorists of various kinds, establishing that there is no place in Nigeria that is insulated from the attacks of terrorists

Q: What is your assessment of the security situation in Nigeria?

It’s mind boggling. It is very scary in terms of the level, intensity and the complexities. This is a very unbelievably dangerous situation in which Nigeria has found itself. It is as if virtually the whole country is about to explode. Virtually nowhere is safe anymore. It is something that requires extremely urgent attention. Unfortunately, we don’t get the sense that those in policy are aware of the enormity of the security challenge that this country faces. It heightened in the last couple of years but the tendency had always been there. It is just that it was contained in pockets of insecurity. Even the oases that used to be there about eight years ago are under threat. We can say that there is virtually nowhere now that is really safe at tolerable level of insecurity. Insecurity is part of life but it must be contained at tolerable level, a normal level. What we have is extremely abnormal.

You said that the tendency had always been there. Can we trace that tendency to the period of independence?

Absolutely. Even before independence, because we always have a tendency to romanticize the past. The challenges had always been there even before independence; partly political, partly the fall out of trying to craft out a genuinely Pan-Nigerian vision. Even under colonial rule, partly because of the insufficiencies of the institutions, of security, so to say because the primary goal of institutions was to serve as the instrument of colonial enterprise. They were not rooted in the social, cultural firmaments of the emerging nation as it was then. So, we have always had forms of banditry, political chicanery and misspent elements of social dislocations. But all these became multiplied as we moved into independence, and of course, decades down the line.

Nigeria’s story is a story of decline: institutional decline, moral decline, decline in law and order, decline in the quality of leadership, decline in the quality of governance, decline in the quality of leaders and all of that compounds to provide the right kind of alchemy, the right kind of environment for instability to fester. That is what we have had. Of course, we can always look back and say, it wasn’t always like this but we went into civil war as a result of our inability to negotiate our way out of unstable situations that we found ourselves in the First Republic. Now that there is a general sense of breakdown, there is rural banditry, you can think about all kinds of bands of vagabonds, you can talk about the typical criminal gangs, you can talk about the Boko Haram type of insurgents and you can talk about all kinds of groups including kidnappers. It is as if this is an open sesame on the stability of Nigeria and also on the safety and order of the Nigerian society. Unfortunately, it is open sesame for those who create all these instabilities and insecurities.

But it seems to be close sesame for those who are supposed to innovate, to ensure that all of these insecurities are addressed. As somebody has said, “there is no government, when it comes to insecurity”. I mean, it is scandalous. The major road that links the Federal Capital Territory to the North Western part of Nigeria, one of the most important roads in Nigeria, is literally no longer safe. Just about 12 years down the line, when I was in the administration at the University of Ibadan, I used to travel that road almost all the time. I used to travel Ibadan-Abuja because I love to travel by road. I never felt insecure then. Now to do that is to be suicidal. This is the reality that we now face, that it is no longer slowly, but steadily, we are entering the realm of anomie. And you don’t find critical elements of governance that are important to address this very important problem. Like I said, the whole country is just exploding or imploding. Whichever one is happening, nobody feels safe anymore.

Why is President Muhammadu Buhari, with his military experience, unable to tackle the ravaging insecurity in Nigeria?

First, I think there is a mismatch of strategy. The military solution alone can’t provide security. The military solution can secure sovereignty vis-à-vis other countries, but at the end of the day, it is not designed to ensure security or to address insecurity. It is not about individual, whether you have military training or you don’t have military training. As we have seen over the years, you can’t say that heads of state with military background have performed better. You have to look at the whole complex of challenges and inefficiencies and also the propelling factors. Now, there is rural banditry. How do you handle rural banditry whether in terms of kidnappers, in terms of herders/farmers fighting and so on? The challenge of rural banditry is that most of our rural areas are not accessible. And I am talking about rural areas on land, and on water. If you’ve travelled the Niger Delta, you’ll understand what I’m talking about, in terms of rural banditry on the waters and of course, militancy.

So, the issue of access is a major one. I had my first introduction to the Niger Delta around 1989/90. We were doing consultancy work for some oil companies, so we had privilege access. I wonder how these people vote there. How does the result get announced? Because there is virtually no access. We had access using helicopters, modern boats of oil companies, but you see a string of settlements down Forcados, down the Warri River to Forcados and maybe they say private boats come once a week. These settlements are isolated. So, they are sitting docks for rural banditry. And ditto for land, I was in the Federal Capital Territory, again early 90s, doing some research. I am told that that also hasn’t changed. There are places in the Federal Capital Territory that you can’t access unless you have real four wheels, not the fake four wheelers. So, issue of access is important. It also means that the hands of the state can’t even reach there effectively. You have rampaging poverty, you have the whole issue of the decline in values, social orders and you have the drifting youth, who are not anchored on anything positive, not as a result of what they have done but as a result of the environment in which they have grown up. These are all beyond individuals.

You have institutions, as I have said that continue to decline in effectiveness. Institutions are there, the shells are there, the form is there, but the substance is literary gone. My father was a police officer in the First Republic. He was a very respectable person. He had the instrument. As a police officer in the 60s, he had a telephone that we used to play with. Now compare the police at that time to the police of this time. Like I said the form is there. At times, people are not sure who the sources of insecurity are. Is it all those bands or is it all those police that are supposed to address insecurity? So, it goes beyond the person of the president and the experience of the president. But that is not to say that the president should not bear responsibility. I emphasize the fact that it goes beyond the person; when you are head of state, affairs of the state have to be handled with the high sense of responsibility by yourself. You have all the instrumentalities.

You can consult but all you need to do is provide leadership to review the situation because at the end of the day, it is the president that carries the can and he must show a high level of responsibility. Unfortunately, what we have had doesn’t underscore anything to the contrary. It doesn’t show that this president understands the enormity of the challenge or that if he does understand the enormity of the challenge, he is unable or incapable of addressing this challenge in short, medium and long terms. We need to again have a logical sequence in terms of how we address it in the short term. It is a military security situation. You must enforce and reinforce order. And then you begin to address all those issues of rural poverty, all those issue of youth unemployment, all those issue of the fall of social and moral orders, some of it traceable to the elites and their malfeasances. Those are the challenges.