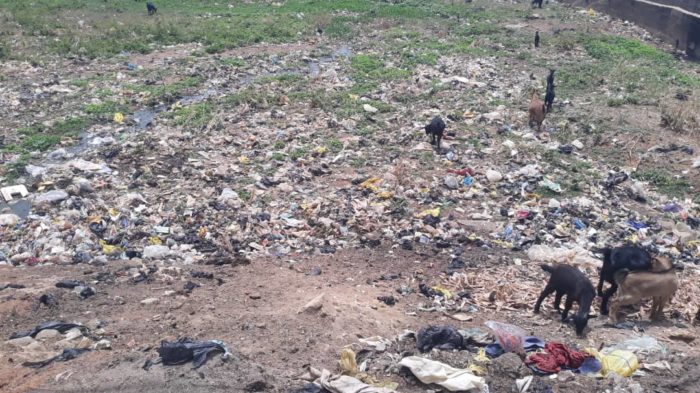 Some residents of the Abuja Municipal Area Council (AMAC) have decried the indiscriminate dumping of refuse on roads and open areas in the city.

The residents, who spoke on Saturday in Abuja, said that the situation has become worrisome as they called on the authorities concerned to act fast, NAN reports.

Mr. Joshua Tobiloba, a businessman and a resident of Asokoro said that it was an eyesore to see refuse dumped indiscriminately in various parts of the town, especially along the road.

Tobiloba said that considering the harmful effects of refuse on human health, the relevant authority should be up and doing to clear the towns of such refuse dumps.

“This is necessary to ensure environmental cleanliness and the well-being of the people.

“Even when they discovered that the bins are filled up, they will keep dumping wastes on the ground and some of the wastes will be falling inside the gutter,” he said.

He said that government authority kept roll-roll bins along the road for residents and some residents had not been making proper use of the bins.

Mrs Veronica Adams, a civil servant said that the city centre was gradually becoming an eyesore with heaps of refuse being dumped at every corner of the city.

She said that Abuja remained a miniature Nigeria that should project the image of Nigeria, therefore should be given special attention.

“The environmental cleaning contractors who also are supposed to help us to evacuate the refuse at the right time are not really committed to the job.

“This is rainy season and once the refuse enters into the gutter, it will cause heavy flooding in the area, when it rains.

“It is disgusting to see that some residents don’t even care about the situation,’’ she said.

Adams said that the refuse could be a breeding ground for mosquitoes, which would lead to the spread of communicable diseases

Mr Oluseyi Onakalu, an Engineer who resides in Kugbo blamed the rot to those saddled with the responsibility of cleaning up the city, adding that “they have failed in performing their duties.”

Onakalu called on the Abuja Environmental Protection Board (AEPB) to wake up to its responsibility by ensuring that the city was kept clean all the time.

He however, urged the AEPB to put in more energy into the cleaning of the city instead of chasing hawkers and road sellers around all the time.

Mr Abdulfatai Saliu, a resident of Karu said that the attitude of residents toward keeping the city clean was deplorable, adding that, a situation where residents dump refuse indiscriminately “is bad and offensive’’.

Saliu called for strict implementation of the law against refuse dumping in the city, adding that such attitude should always attract punishment.

He called on the AMAC chairman to pay special attention to the council to ensure the environment was kept clean.