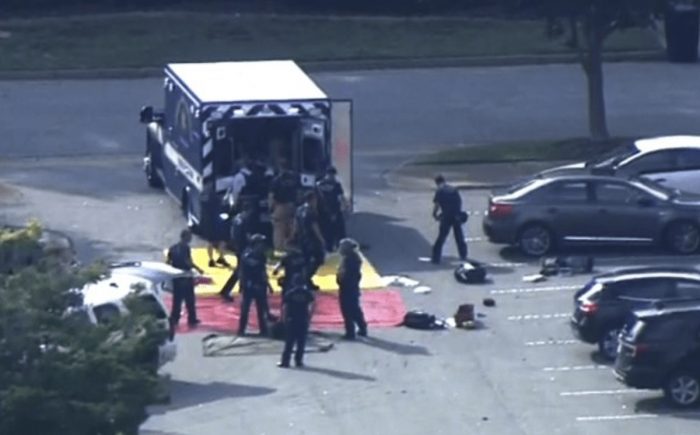 Victims of Virginia Beach shooting being loaded in a police vehicle

A disgruntled city employee opened fire at the municipal center in Virginia Beach, Virginia, on Friday afternoon, killing 11 people and wounding at least six others before he was killed himself, the city’s police chief said.

Police Chief James Cervera said the precise circumstances of the shooting in the coastal resort city remained under investigation. He gave few details of what was known, but said a police officer was among those who were struck by gunfire but survived.