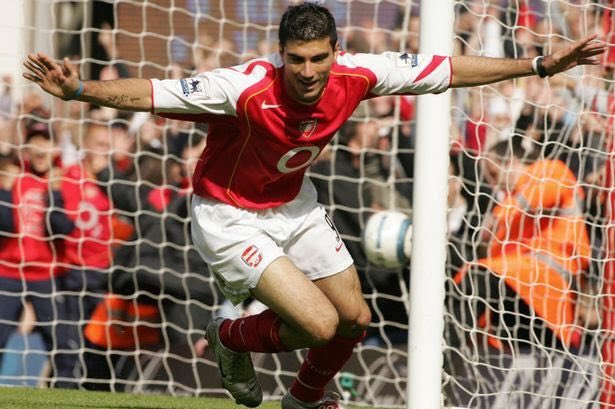 Arsenal FC, Chelsea and Manchester United, along with former players and fans are mourning the passing away of Jose Antonio Reyes, a former left winger for the Gunners, who died this morning in a road accident in Spain.

He was 35 years old. Reyes played for Segunda Division side Extremadura before his death.

Sevilla announced his death on Twitter. “We couldn’t be confirming worse news,” the club tweeted. “Beloved Sevilla star José Antonio Reyes has died in a traffic collision. Rest in peace.”

Reyes made his first senior appearance for the La Liga club at the age of 16 in 2000, making him the youngest debutant in Sevilla’s history. During his second stint with the Andalusian side, which stretched from 2012 to 2016, he lifted three successive Europa League titles.

He made his name in the Premier League with Arsenal, joining the side in January 2004 before going on to win the title later that season as an ‘Invincible’.

Football world, Arsenal ex-players and fans have been in mourning mode ever since the confirmation of Reye’s death.

Jose, who was part of the Invincibles team, was a hugely popular figure at our club and will always hold a special place in our hearts.

Our thoughts are with all his family, friends and team-mates.https://t.co/NQgrRcvrPS

Everyone at Arsenal is devastated by the shocking news that our former player Jose Antonio Reyes has died in a traffic collision in Spain.

The thoughts of everybody at Chelsea FC are with the family and friends of Jose Antonio Reyes, following the tragic news today.

Sending our deepest sympathies to the loved ones of Jose Antonio Reyes, following his tragic passing.

FC Barcelona wishes to express their deepest condolences for the death of footballer José Antonio Reyes, a brilliant and charismatic player; one of the most outstanding figures and with a great trajectory in football. Rest in peace.

And this from ex-Arsenal team mate Robert Pires:

I’m devastated to hear the sad news about José Antonio Reyes. Wonderful player, superb team mate and exceptional human being. I wish his family and friends continued strength and courage to get through this difficult time. #takenfartoosoon