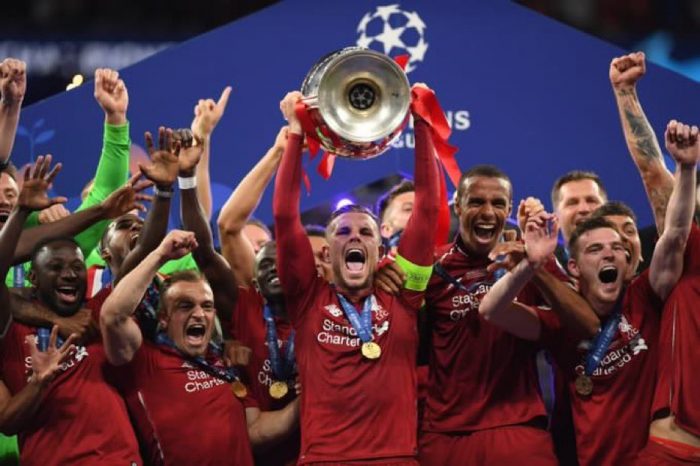 Liverpool: reigning champions of Europe before the coronavirus effect

For winning the UEFA Champions League on Saturday, Liverpool will pocket €108.9 million, while finalists Tottenham Hotspur will take €104million.

According to UEFA’s distribution formula, Liverpool will get €15.5m participation bonus, #8.1 million for winning three group games, €35.3 million from market pool, €9.5 million for reaching the Round of 16.

Only €4million separates the two finalists in prize money.

A total €1.95bn is estimated to be distributed among clubs from Group Stage onwards.

UEFA last year announced several major changes for the 2018-19 Champions League season and that included around 30 percent increase in prize money and how the revenue would be actually distributed among participant clubs.