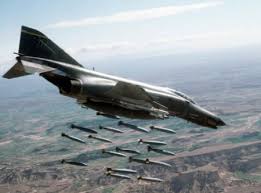 Air Commodore Ibikunle Daramola, NAF Director of Public Relations and Information, who announced this in a statement on Saturday in Abuja, said the operation was carried out on Friday.

”The attack, which took place on Friday, May 31 was executed following the discovery of the active terrorists’ settlement by a Nigerian Air Force (NAF) Intelligence, Surveillance and Reconnaissance (ISR) platform on a routine mission.

“Accordingly, the ATF scrambled two Alpha Jet aircraft to attack the location, scoring accurate hits on three target compounds, which resulted in the destruction of the structures as well as the neutralisation of some of their fighters,” he said.

Daramola said the NAF, operating in concert with surface forces, would sustain the effort to completely degrade the terrorists in the North-East.