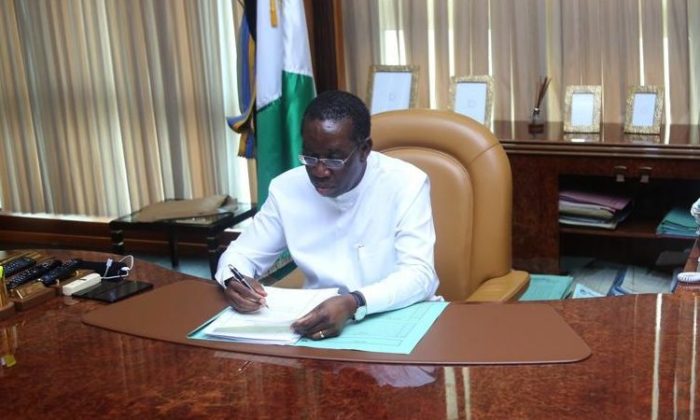 Governor Ifeanyi Okowa of Delta State has announced his first set of appointments in his second term, naming Hon. Chiedu Ebie as the Secretary to the State Government (SSG).

The appointments according to the statement are to take immediate effect.

Earlier, at a thanksgiving service to celebrate his victory and successful inauguration for a second term, Okowa assured the people that his administration was guided by God and would not fail.

During the service, Okowa stressed that the successes recorded in his first term was only possible because of God, assuring that the second term would be better.

He thanked traditional rulers and all Deltans for their commitment to the work of God.

“Whatever we have been able to achieve was by the grace of God. Today, we are clapping, dancing and singing His praises because of His goodness to us as a state and as a people.

“Going into the next four years, the Lord has gone ahead of us and following our Lord Jesus Christ, we cannot go wrong.