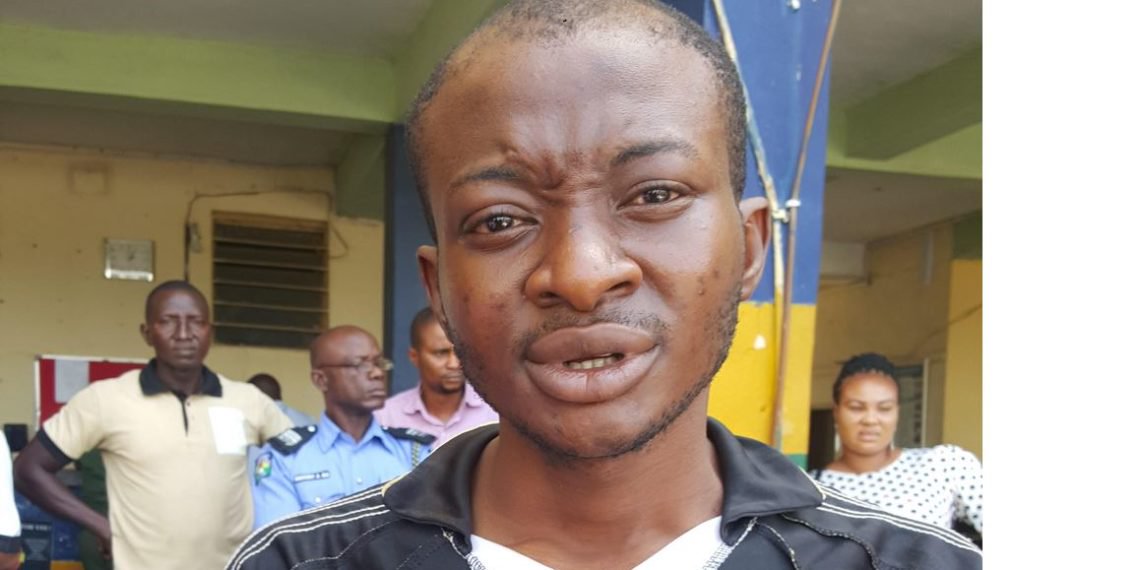 An Abuja- based pastor has been arrested for alleged involvement in employment scam.

The Pastor of Spirit Embassy church located in Gwagwalada area of Abuja, who was working with one Alhaji, claimed they had connection and could get interested job seekers employment into the Nigeria Immigration Service.

25-year-old Egbunu Vincent Onuche said he collected between N150, 000 to N300, 000 from 16 people who indicated interest in the employment, The Nation reports.

The interested people, according to him, were church members, friends and family members.

He, however, claimed the Alhaji made over N2million from the interested job seekers, adding the Alhaji gave him N100, 000 from the whole money they realised.

Speaking on how he was arrested, the Commissioner of Police in charge of FCT, CP Bala Ciroma said: “On the 7th May, 2019 at about 1600hrs one Egbunu Vicent Onuche ‘m’ age 25yrs was arrested by our operative, upon a report by one Ijeoma Ebenje that Vincent collected the sum of N200, 000 from her with a promise to get her a replacement employment with the Nigeria Immigration Service.

“Upon interrogation he admitted to the crime and explained he met one Alhaji Sanusi Musa sometimes back who told him that if he knew anybody looking for employment that he can assist.

“Vincent then informed his friend Ekene Ijeoma’s brother who then told her about the offer.

“She was asked to pay the sum N200, 000 which she did and even got a confirmation email from the fraudsters created Immigration E-mail Address.

“He explained that crisis started when on the date of the said interview and collection of appointment letters, One Maimunat that is supposed to facilitate the process asked for additional foN450,000 collectively from all of them.”

Narrating how he got involved in the employment saga, he said: “I am the senior pastor of Spirit Embassy located in Gwagwalada. I am also a victim.

“The Police arrested me because the Alhaji is currently at large and the people want me to provide their money.

“Out of the whole deal, I got N100, 000. I met the Alhaji through a programme. He came with a lady called Maimunat and they asked me if I had people who were looking for jobs and I said yes.

“He then gave me his card reading OC to the President, one SP Halidu and he said we should address our acceptance letter to him.”

He continued: “There was no interview but I didn’t suspect anything because he did not act in a suspicious manner.

“Some of the people I brought are family members, friends and members of the church.

“I did not know that the job was not real. We were all waiting for documentation and it was on the day of the documentation that he started asking for extra money and that was when it crossed our mind that the man might play a fast one on us.

“We started investigation and found out that the letters were not genuine.”

Ciroma said all his victims came forward with their proof of payment to Vincent for employment into the Nigeria Prison Service.

He also said investigation was on going to arrest the said Maimunat and Alhaji Sanusi Musa.