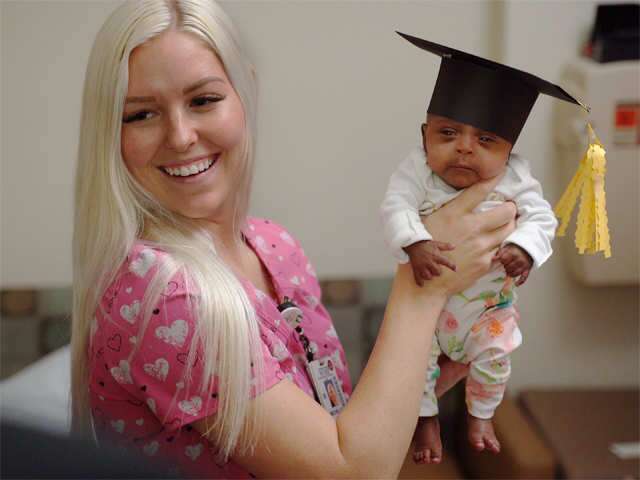 Saybie, an infant girl born five months ago in the United States has been discharged to go home.

She is believed to be the world’s tiniest baby ever to survive. At birth, she weighed 8.6 ounces (245 grams).

Her weight when born was said to be just a little more than a large golden delicious apple (about 7.5 ounces).

According to the Tiniest Babies Registry, she broke the record for the world’s tiniest baby.

CGTN reports that Saybie, considered a micro preemie, was treated in the hospital’s neonatal intensive care unit until she was discharged.

See the video below:

The world's tiniest baby ever to survive goes home pic.twitter.com/WAhvgEi5yw