Wike issues a month ultimatum to mechanics, traders, others to vacate roads 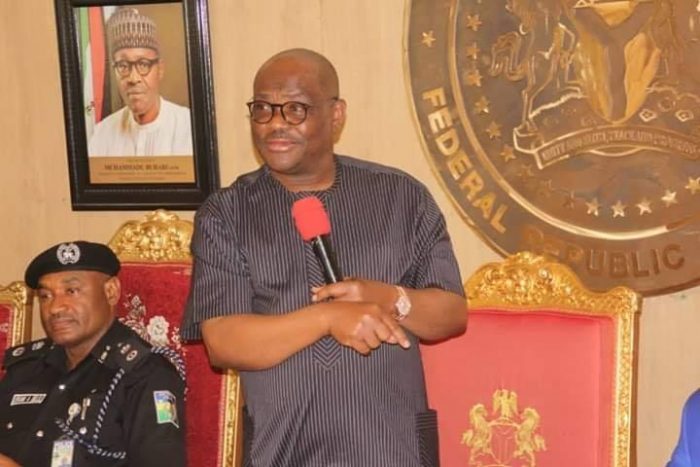 Addressing roadside mechanics, roadside car dealers, street traders and private taxi park operators at the Government House Port Harcourt on Friday, Wike said that the artisans and traders must comply with the stipulated period, because his administration was committed to the restoration of the Garden City status of Port Harcourt.

He said: “I am giving all groups one month to leave the roads. Within this one month, you should find alternative locations to carry out your businesses.

“By the first week of July, the State Government will swing into action. Port Harcourt must be clean, whether you like it or not.”

Wike said that he called the meeting to avoid unnecessary conflict and to negotiate the time for all the traders, mechanics and car dealers to leave the roads.

“We have called this meeting to avoid conflict. I called you to discuss the time frame for the implementation and not to change the decision.

“Our roads are now mechanic workshops. Our roads are now markets and motor parks. There is this spirit that makes the traders and mechanics believe that you can only make money on the road. We will end that spirit.

“Your activities litter the road. There will be consequences for mechanics using the road for their trade after the one month period. The vehicles being repaired will be seized “, he said.

The Governor added that the State Government will not allow the operation of illegal motor parks and car shops along the road.

He said that the Police and other security agencies have been co-opted to serve on the implementation process.

Rivers State Police Commissioner, Usman Belel assured that the Police would work with the State Government to ensure that the artisans leave the roads.