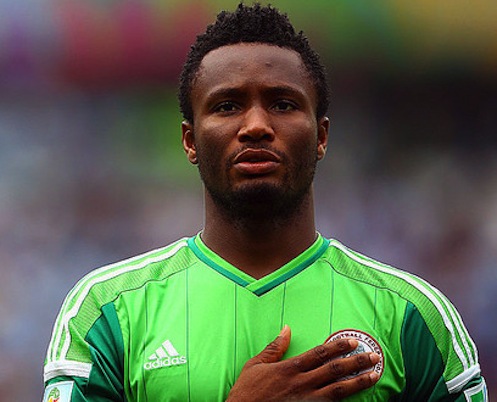 Super Eagles Captain, Mikel Obi and five other players have arrived in Asaba, Delta capital, for preparations for the 2019 AFCON tournament holding in Egypt between June 21 and July 19.

Other players that arrived with Mikel are Leon Balogun, Moses Simon, Jamilu Collins and Ola Aina.

The Super Eagles are billed to play a friendly with the Zimbabwean national side on Saturday at the Stephen Keshi Stadium, Asaba.

The Zimbabwe will also feature at the tournament.

The first batch of players arrived in Asaba at about 1:20 pm and checked into Goden Tuplip Hotel.

The Team Coordinator, Pascal Emonye who came with the players, told NAN that the Coach, Gernot Rohr, would arrive later in the day from Lagos with some other players.

Emonye also said that the remaining players would arrive the camp latest by Monday.

“We are expecting the arrival of the other players later today while others may arrive here latest tomorrow.

“The next plan is for the coach to decide; the coach is coming with some players from Lagos. He will draw up the plans for the next action.

“Everything is good and as you know they just finished the season. As you can see from their body, they are mentally fit and in good shape to tackle Zimbabwe on Saturday.