Does God Change His Mind? 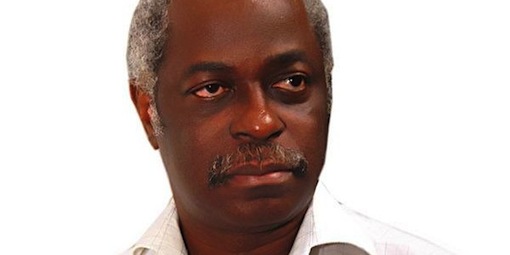 We who were once his enemies are now his friends.

One of the seemingly difficult questions arising from the scriptures is whether God ever changes his mind. On the one hand, it is clear that God is omniscient and immutable. Peter said to Jesus: “We understand that you know everything.” (John 16:30). God declares “the end from the beginning, and from ancient times things that are not yet done.” (Isaiah 46:10). Therefore, he does not and cannot change his mind.

On the other hand, there are scriptural instances where it appears that God changes his mind. “The LORD relented from the harm which he said he would do to his people.” (Exodus 32:14). “I, the LORD God of Israel, promised in the past that your family and your clan would serve me as priests for all time. But now I say that I won’t have it any longer!” (1 Samuel 2:30).

God is perfect. He cannot get better or worse. He says to Moses: “I am who I am.” That means he cannot change in terms of his essential character. He cannot gain or lose his attributes. He says: “I am the Lord, I do not change; therefore, you are not consumed, O sons of Jacob.” (Malachi 3:6).

God’s plans cannot change. If they do, then he lacks foresight, which is impossible. God is infinite wisdom and knowledge: “He brings the counsel of the nations to nothing; he makes the plans of the peoples of no effect. The counsel of the Lord stands forever, the plans of his heart to all generations.” (Psalm 33:10-11).

“The Lord of hosts has sworn, saying, ‘Surely, as I have thought, so it shall come to pass, and as I have purposed, so it shall stand.’” (Isaiah 14:24). “I am God, and there is no other; I am God, and there is none like me,” says the Lord. “Declaring the end from the beginning, and from ancient times things that are not yet done, saying, ‘My counsel shall stand, and I will do all my pleasure.’” (Isaiah 46:9-10).

But then we have this kind of assertion in the scripture: “The Lord was sorry that he had made man on the earth, and he was grieved in his heart.” (Genesis 6:6). This sounds more human than divine. Does God actually have regrets? Can God take a line of action without knowing or correctly anticipating the consequences beforehand?

The answer is “No!” God is fundamentally different from man: “He is not human, so he does not change his mind. Has he ever spoken and failed to act? Has he ever promised and not carried it through? (Numbers 23:19).

Although, the scripture quoted above says God regretted creating man, God knew beforehand that man would sin: “Known to God from eternity are all his works.” (Acts 15:18-19). Before man even sinned, God had planned man’s redemption. Jesus Christ, our Lord and Saviour, was: “foreordained before the foundation of the world.” (1 Peter 1:20). He is: “the Lamb slain from the foundation of the world.” (Revelation 13:8).

There are a number of occasions in scripture when it seems God changes his mind. However, on closer examination, it becomes apparent not only that he did not, but also that he cannot.

One example is the case of Saul who God chose to be king of Israel, then removed when he transgressed against the commandments of God: “Now the word of the Lord came to Samuel, saying, ‘I greatly regret that I have set up Saul as king, for he has turned back from following me, and has not performed my commandments.’” (1 Samuel 15:10-11).

The question often asked is why God made him king when he should have known beforehand he would disobey him. Did God not change his mind by replacing Saul with David? Indeed, a scripture says: “The Lord regretted that he had made Saul king over Israel.” (1 Samuel 15:35).

However, the answer here is also provided in scripture. It was Samuel who brought the verdict to Saul, saying: “You have rejected the word of the Lord, and the Lord has rejected you from being king over Israel.” (1 Samuel 15:26). But when Saul pleaded to be pardoned for his sin, Samuel told him it was pointless because God does not change his mind.

“Samuel said to him, ‘The Lord has torn the kingdom of Israel from you today and has given it to one of your neighbours – to one better than you. He who is the Glory of Israel does not lie or change his mind; for he is not a man, that he should change his mind.” (1 Samuel 15:28-29).

This immediately raises the question about what happens when we offend God and then ask for forgiveness. If and when he forgives us, does that not imply a change of mind?

A good example is the case of Nineveh. God sent Jonah to Nineveh with a message that the evil city-state would be destroyed within 40 days. However: “When God saw what they did and how they turned from their evil ways, he had compassion and did not bring upon them the destruction he had threatened.” (Jonah 3:10).

However, this does not imply a change of mind. God’s position, right from the get-go is always to forgive if we repent. Jonah understood this, which was why he did not want to go to Nineveh. As a Jew, whose people had been oppressed by Nineveh, Jonah wanted Nineveh to be destroyed and not forgiven. But he knew Nineveh would be forgiven if the people repent.

Thus, Jonah complained to God when Nineveh was forgiven: “O Lord, is this not what I said when I was still at home? That is why I was so quick to flee to Tarshish. I knew that you are a gracious and compassionate God, slow to anger and abounding in love, a God who relents from sending calamity.” (Jonah 4:2).

Therefore, when it sometimes seems like God changes his mind, he does not. Right from the start, his verdict was conditional: “If I announce that a certain nation or kingdom is to be uprooted, torn down, and destroyed, but then that nation renounces its evil ways, I will not destroy it as I had planned. And if I announce that I will plant and build up a certain nation or kingdom, but then that nation turns to evil and refuses to obey me, I will not bless it as I said I would.” (Jeremiah 18:7-10).

God does not change, but there is change and development in God’s relationship with his repentant creation. Thus, we who were once his enemies are now his friends.

Tags:   Does God Change His Mind?