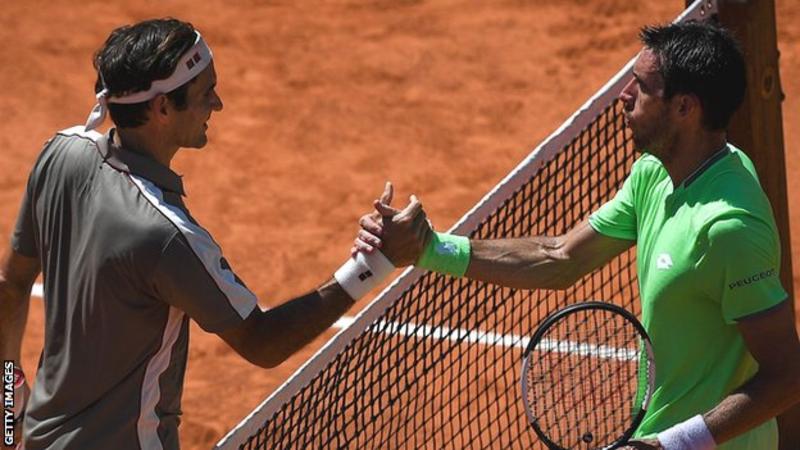 Mayer (right) has taken one set off Federer in four matches

Roger Federer’s dream return to the French Open was on course as the Swiss waltzed into the quarter-finals by giving Argentine Leonardo Mayer a 6-2 6-3 6-3 masterclass on Sunday.

The 20-time Grand Slam champion, back at Roland Garros after a three-year hiatus, cruised through the opening rounds seemingly unchallenged and his last-16 encounter was no exception.

Things are likely to get trickier for Federer from now on as the third seed will next face either a resurgent Stan Wawrinka, the champion in 2015, or Greek sixth seed Stefanos Tsitsipas, who beat him at the Australian Open.

On Sunday, however, it appeared as if Federer was enjoying a leisurely stroll in the Parisian sun.

After just over an hour, Federer was already two sets up.

The 37-year-old played effortlessly, smacking winners around the court with self-confidence.

Mayer offered some semblance of resistance in the third set until the sixth game, when Federer broke decisively, ending his opponent’s ordeal on the first match point.