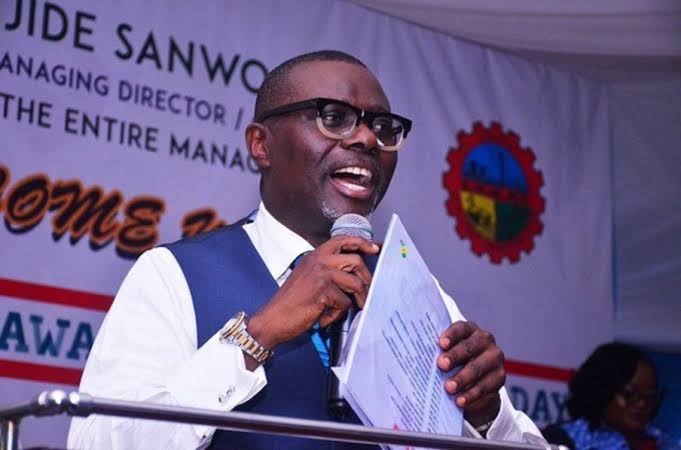 A cleric in Lagos, Bishop of the Lagos West Anglican Communion, Rt. Rev. James Odedeji, on Sunday advised the Governor of Lagos State, Babajide Sanwo-Olu and his deputy, Dr Obafemi Hamzat, to govern the state with the fear of the Lord and be fair to all in their dealings.

Odedeji gave the advice in his sermon at the inauguration Thanksgiving Service, with theme “Righteousness in Governance”, in honour of Sanwo-Olu at the Chapel of Christ the Light, Alausa.

He reminded the Governor that his election into office was an act of God and nobody’s.

“You have been elected by people, but God elected you. Your being in governance today is not accidental, God executed it.

“So, your absolute loyalty and obedience should first of all be to God,” he said.

Odedeji advised the governor not to be carried away by the privileges of office, but rather look unto God.

“As a governor, you are responsible to the people but accountable to God who made the office available to you. After all, you were not the only one that contested.

“Remember at all times that your election is for a purpose. Ask God at all times why He has brought you to this high office.

“Surround yourself with godly and friendly people. Do not accommodate sycophants, wicked and reckless people.

“Put a smile on people’s faces. Eat and let others eat,” he said.

Odedeji called on Lagosians to pray for the new administration and give it all the support required.

“If the government succeeds ,we have all succeeded,” he said.

In a goodwill message, Sanwo-Olu dedicated his coming into governance to God and Lagosians.

He urged religious leaders to support his administration in the fight against indiscriminate dumping of refuse and non-adherence to traffic laws in the state.

According to him, religious leaders are important and respected stakeholders in the society as they can influence positive behavioural change among residents.

Sanwo-Olu reeled out some of his administration’s programmes of action and assured the people of the state that good governance would be his watchword.