I want a rematch with Ruiz - Defeated Joshua 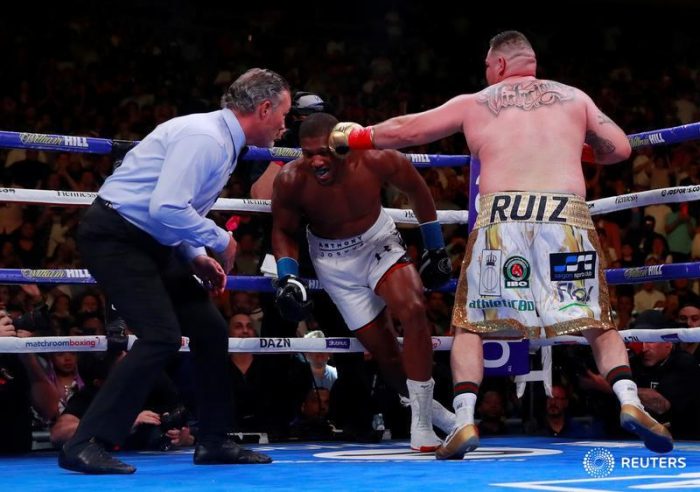 Joshua was knocked down in seven round to lose his four belts.

Talking at a news conference after his shock loss to Andy Ruiz, says: “I’ll see what is next and move on. He is a decent fighter and it was his chance, it can be easy to overlook someone because of their shape but he was the better man tonight and he won.

“If people ask me about Deontay Wilder and Tyson Fury, I’m all ears to it and I’ll give you the answer. I still want to compete with those men but a rematch with Andy Ruiz Jr is where we are at. I got caught on the top of the head and I just didn’t recover in time, so now I brush off the cobwebs and go again.”

Asked how much a setback it was in his career, he said: “Naturally it does, but if it was the end of the road I would say yes, but it’s about what is next. It is a minor setback but the locks on the door do not change and I still love the sport.

“I’m still a champ and I will rectify it to get the belts back. I come from a good family but I have dealt with more than this in life. I feel it is part of a journey I am on, and this is boxing. We didn’t come this far to stop under pressure.”