Peace will reign in Nigeria - Ooni of Ife 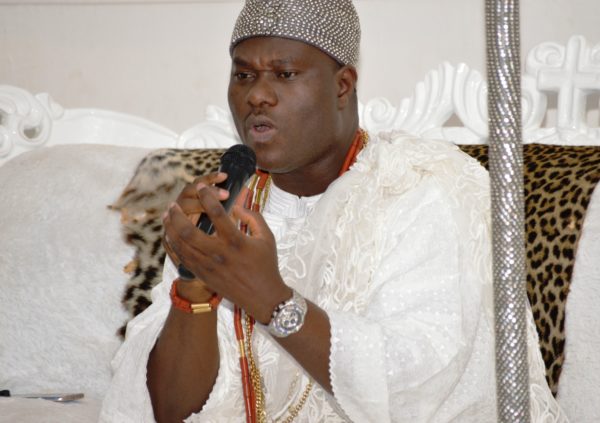 The Ooni of Ife, Oba Adeyeye Ogunwusi, has expressed optimism that peace will reign in the country.

The monarch spoke at the grand-finale of the World Ifa Festival held in his palace on Sunday in Ile-Ife.

According to him, the Ifa Festival signals the beginning of a new calendar year.

“I’m happy that our culture is still thriving despite stiff opposition, the thought of many is that, we do not believe in God.

“Ifa corpus is the bedrock of life because no mortal can survive on this planet earth without leaves and herbs.

“We are not in contention with anybody simply because we know that God is Supreme and He will not share His glory with anybody” he said.

He said the message of this year’s festival revolved around peace.

“The message is simply that : In this year; we would witness peace all round. There shall be no war,” the monarch said.

The other message, he said, was that Nigeria should care for its women.

“I am highly elated because God has visited our land to heal all the wounds and straighten the rough edges.

“You can see adherents from Brazil, Cuba, Trinidad and Tobago, Argentina and USA who are here to celebrate the festival.

“With the Ifa festival that ushers us into another year, it’s a new dawn. By August /September, there will be new yam to be followed by Olojo Festival which is a world festival.

“This is to tell us that before the advent of the whites, we had our ways of doing things meticulously,” he said.

Also speaking, Chief Awodotun Aworeni, the Araba Awo Agbaye, expressed gratitude for the success of the very first World festival he participated in since assuming this position last year.

Aworeni specifically thanked the Ooni for making the occasion colourful.