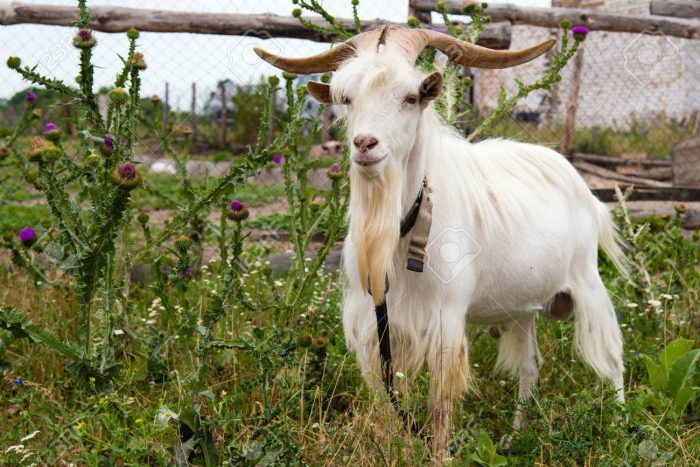 a case of sex with goat in Jigawa

The police on Monday arraigned one Caroline Afor in a Kubwa Grade I Area Court for allegedly stealing a He-goat, valued at N8, 000.

Afor, who resides in Kubwa village, Abuja is charged with theft.

The Prosecution Counsel, Chinedu Ogada told the court that one Kajida Umar of Arab Road, Kubwa reported the matter at the Kubwa Police Station on May 16.

He said the defendant acted in a dubious manner and stole the complainant’s he-goat valued at N8, 000.

Ogada said during police investigations, the goat was recovered from the defendant adding that the offence contravened Section 287 of the Penal Code.

The defendant pleaded not guilty.

The defence counsel, Lilian Ibrahim, prayed the court to grant her client bail in the most liberal terms adding that a reliable surety would be provided if bail is granted.

Judge Ibrahim Balarabe admitted the defendant to bail in the sum of N50, 000 bail with one reliable surety who must be a civil servant from Grade Level 8 and resides within the court’s jurisdiction.

He adjourned the matter until June 17, for hearing.