Workers shut down SEC against Gwarzo 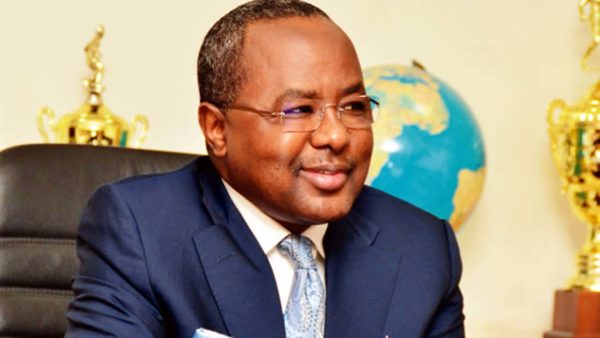 Senior workers of the Securities and Exchange Commission (SEC) on Monday morning reportedly locked up the headquarters of the commission in Abuja to defy a court order for the reinstatement of the suspended Director General Mounir Gwarzo.

Reports said the lock-out was staged by members of the Association of Senior Civil Servants of Nigeria.

The National Industrial Court, Abuja, on Thursday ordered the immediate reinstatement of Gwarzo, who was suspended in November 2017 by then Minister of Finance, Kemi Adeosun.

Justice Sanusi Kado, in his judgment, held that the minister of finance, named as the second defendant in the suit, lacked the power to suspend the claimant.

Gwarzo was indicted for abuse of office and corruption by an Administrative Panel of Inquiry set up by the Federal Ministry of Finance and headed by the Permanent Secretary, Dr Mahmoud Isa-Dutse.

He was also indicted by the House of Representatives Ad hoc Committee, which investigated his suspension by the former Minister of Finance, Mrs Kemi Adeosun.

According to Mr Nelson Oleghe, the Chairman of the Association of Senior Civil Servants of Nigeria (ASCSN), SEC chapter, the protest by the union was to ensure Gwarzo was not re-instated to office.

Oleghe said: “The suspended director-general was charged to court by ICPC and the case was poorly handled by the judge and ICPC officials.

“In all of the court cases, the issue of fraud against him was not mentioned and areas pointed out by the Special Investigation Panel (SIP) were not touched by the court.

“The National Industrial Court (NIC) pronounced him free and discharged him of a five-count charge against him.

“The union was reliably informed that the suspended director-general after being pronounced free by the court wants to resume duties at the commission.

“When Gwarzo was here, there was a lot of division/crisis in the commission and the union was not allowed to thrive.

“We (Union) feel Gwarzo’s coming back will be disastrous and that is why we called out members to show their grievances.

“We will resist any attempt from any quarters to reinstate him as DG and SEC is better without him.”

The union chairman, however, told the News Agency of Nigeria (NAN) that the protest was suspended to maintain public peace, since the union has made its point.

He called on the appropriate quarters to ensure that recommendations of the SIP concerning Gwarzo were implemented.

Oleghe also added that the union, within the week would write to the Ministry of Finance, Office of the Vice President and the President to drive home the union’s demands.

Also, Mr Saliu Muhammad, a former official of the union, said that SEC, as a regulator, has a duty to ensure good corporate governance and should not relent on that.

According to Muhammad, we want fairness, we want justice and we are not in any way against Gwarzo, if only he will clear himself.

“The union is just a pressure group, we want to make our statements in that direction.

“We know the security of this organisation and we don’t embark on protest like any other organisation that is why we have suspended the protest.

“The message have been passed already by the chairman, we will resist any move to reinstate him and until those issues are cleared in a competent court of the law, we will not rest,” he said.

However, a competent source told NAN, on condition of anonymity, that the ruling of the court was something the SEC and stakeholders in the capital market should be proud of and not protest.

According to the source, the decision of the court upholds the provisions of the Investment and Securities Act (ISA) and no one is supposed to fight the law of the market.

“I think the decision of the union against the return of Gwarzo was faulty and questionable.

“And the people who were protesting today with placards do not even look like SEC staff but like thugs hired to fight the cause.”