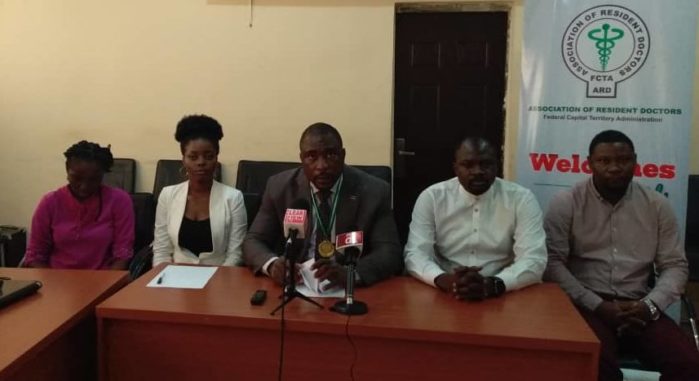 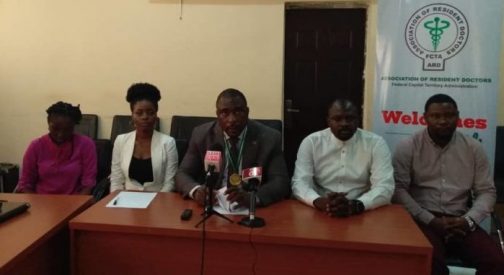 The Association of Resident Doctors, Federal Capital Territory administration (FCTA), on Monday issued a 21-day ultimatum to its management to meet its demand or face industrial action.

Dr Roland Aigbovo, the President of the association said this in a news briefing in Abuja to explain the position of the union on the plight of doctors in the FCT.

The ultimatum is coming at the end of the 2nd Quarter Ordinary general meeting of the association; with the theme: “Strategic leadership in the healthcare industry.”

Some of the demands according to the communique, is the issue of members who were successful in the 2016 and 2017 promotion exercise, but were not promoted to the next grade level as directed by the former FCT Minister, Mohammed Bello.

The group also demanded that members recently screened for the 2018 promotion exercise should reflect the next grade level, and that members should also be entitled to the first 28 days allowance.

The communique also requested the authorities to address the issue of members who have completed their postgraduate training to be converted to consultants without further delay.

The association noted that the health industry was faced with myriads of problems ranging from lack of leadership to poor implementation of policies geared towards the provision of adequate healthcare delivery.

The communiqué also affirmed that there was the need to provide acceptable and accessible healthcare to the citizenry, stressing that the resident doctors were poised to bridge the gap.

The group also noted that training and retraining had become necessary in line with the vision to empower its members with a view to supporting policies and programmes in the health sector.

According to the group, such initiative would be geared toward advancing the health industry in the FCT in particular and the country in general.

The president noted that the demands of the union have been discussed extensively and that members no longer feel comfortable with the delay hence the need for industrial action.

The association has been in discussion with FCTA management over some contentious issues which include: stagnation of our members occasioned by the implementation of the skipping policy in the FCT.

Others include; payment of first 28 days allowance and conversion of some of its members to consultant cadre following their completion of the postgraduate training.

They noted that about 150 members of the association had been stagnated due to the implementation of the skipping policy.