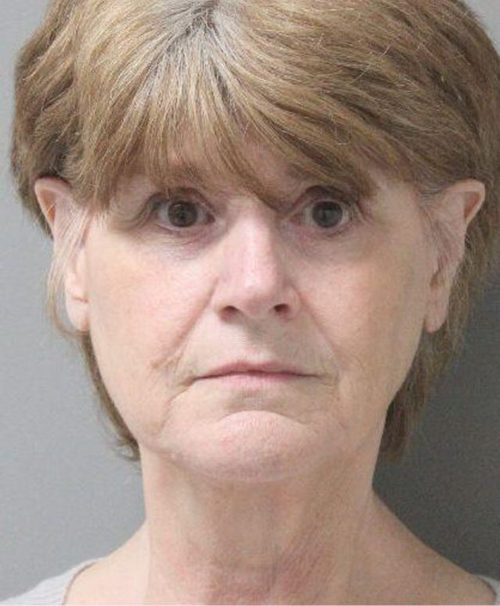 A 63 year-old woman Mable Dulaney, of West Monroe, Louisiana, United States is facing trial, accused of laundering thousands of dollars for an acquaintance possibly connected to a Nigerian fraud scheme.

She met the acquaintance on Tinder, a dating site, according to a report by News Star

According to court records for Dulaney, investigators with the Ouachita Parish Sheriff’s Office (OPSO) were contacted by law enforcement officers in Massachusetts regarding an identity theft complaint.

A notary in Massachusetts said his notary seal was copied from his website and placed on numerous fraudulent contracts. Other suspicious activity occurring in the same region involved fraudulent ads for apartments in Boston.

On Jan. 3, detectives learned one person attempting to access notary services was asked to wire money to Dulaney and provided with information for a bank account on 18th Street in Monroe.

Massachusetts detectives were unable to contact Dulaney, and OPSO followed up.

Dulaney told deputies she established an online relationship with a man on Tinder, and he asked her to buy another phone for them to talk and to open three checking accounts at three different banks.

According to Dulaney’s arrest warrant, the man notified Dulaney by text when money wires ranging from $5,000 to $25,000 were sent to her account and provided instructions for her to send the money to a bank in California. The man told Dulaney the funds would be invested in Bitcoin.

On three different occasions, Dulaney was mailed $5,000 in cash to send to the California accounts.

Dulaney provided deputies with her cell phone, bank records, notes, money cards and envelopes as well as other account numbers during the investigation. She also provided investigators with an $18,600 check provided to her when one bank closed her account for suspicious activity and with $2,576 in cash she withdrew from an account.

Investigators reported advising Dulaney numerous times that the money she received was from fraudulent scams. They told her on two different days that she needed to stop financial transactions for this person.

Deputies later learned from the U.S. Secret Service in Boston that the scam was possibly related to fraud originating from Nigeria.

On April 24, Dulaney visited OPSO headquarters for a voluntary download of her text messages. Per the warrant, she was again advised to stop performing the financial transactions.

However, on May 13, deputies were notified by an owner of an ATM-type machine located in Monroe that sells Bitcoin cryptocurrency for cash. The owner advised he contacted Dulaney due to suspicious activity on her account.

Dulaney told the ATM owner she was buying Bitcoin for a friend and later hung up the telephone. A man then contacted the owner about the account and provided information the owner classified as suspicious and invalid. Dulaney later told the owner she was “working with” investigators on the case.

Transaction records from the ATM provider showed Dulaney performed four Bitcoin transactions totalling $5,000 in March and five transactions totaling $10,000 from May 1 to May 10. Dulaney’s photo was captured by the ATM machine.

Dulaney was booked into Ouachita Correctional Center Friday on one count of money laundering. Bail was set at $20,000, and she bonded out early Saturday morning.