How to curtail juvenile delinquency among youths - Commandant 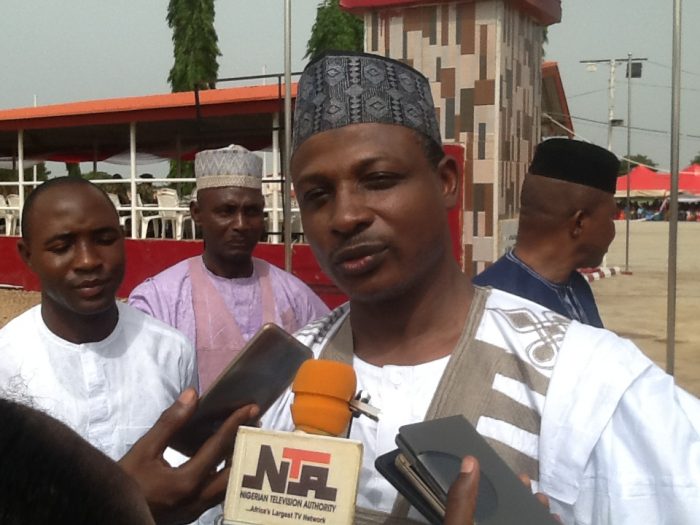 He told newsmen on the sideline of a get-together tagged: “Depot Sallah Children’s Party” organised by the Depot Nigerian Army in Zaria, Kaduna State.

The News Agency of Nigeria (NAN) reports that the event was organised mainly for children and their mothers to enhance harmonious relationship in Chindit barrack.

Muhammad observed that engaging the youth in their adolescent stage would make their mind pre-occupied and drift from social vices.

According to him, the Depot Nigerian Army is already into training of adolescents, adding that there are series of programmes specifically designed for them in the barracks.

“We have a kind of organised library here and we have other social activities just like today’s event, we have skills acquisition programme as well as barrack investment initiative programme.

“The barrack investment initiative was initiated by the Chief of Army Staff Maj-Gen. T. Y. Buratai, and all barracks of the Nigerian Army are utilising it properly and in that aspect we use it for our youths to enhance them, to develop and assist them.”

On the essence of the progamme, the commandant said it was organised to foster national unity among children and their mothers.

“This is just a children and family event, it is a kind of party to mark the end of the Holy month of Ramadan, the fast we had for the past 30 days or thereabout.

“I felt it is necessary to make the families of our personnel feel happy and to enable them work harder, as we are going to the second phase of training in the Depot Nigerian Army,” he noted.

Speaking on civil-military relationship, Muhammad said they had so many plans aimed at touching the lives of civilians especially the neighbouring communities of Depot Nigerian Army.

“I already have many plans, for instance, for Jushi and Sobongari, I am planning a medical outreach for them soonest and we have a very good cordial relationship with the Emir of Zazzau and Zazzau Emirate.

“Likewise we have a fantastic relationship with Ahmadu Bello University (ABU) and many other institutions and centres of learning, you know, Zaria is a citadel of learning,” he said.

A cross section of parents interviewed expressed appreciation to the commandant and urged him to sustain the tempo for the good of the nation.

Maj. Salihu Adamu-Yusuf and Mr Christian Okehukwu-Ogunta, said the event would afford officers and men as well as their families the opportunity to interact and socialise.

They described the programme as a kind of relaxation event that would make them happy, adding that it would encourage them to rededicate themselves to the service of their fatherland.