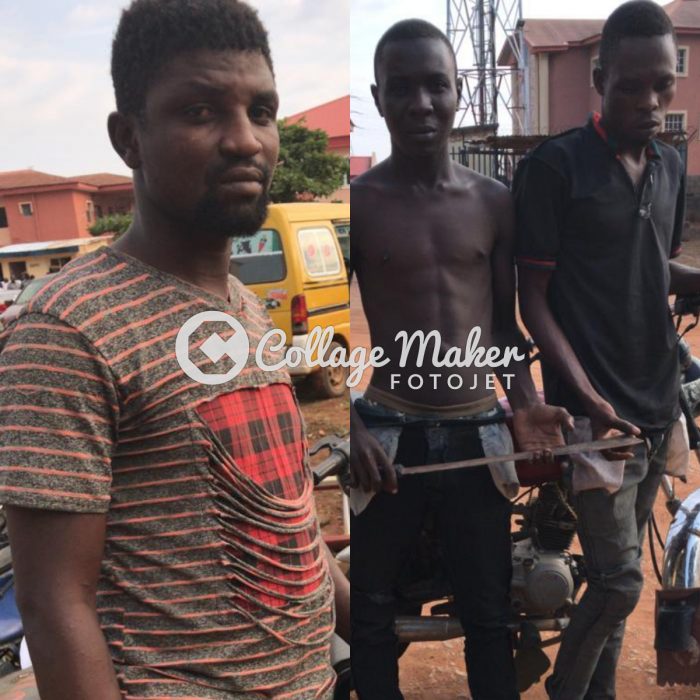 He said the suspect posed as a commercial motorcyclist, popularly known as Okada and took advantage of the passengers’ eagerness to avoid traffic congestion through the use of okada, to rob them.

“The suspect confessed to the commission of the crime. The motorcycle he usually use to perpetrate the offence is recovered with one sharp matchete concealed under the seat,” he said.

Elkana added that at about 10.10pm of the same date, the surveillance patrol team from the same Ipaja Police Station, deployed to Zion Church area, Aina-Obembe road, Baruwa arrested one Biodun Oladimeji and Afiz Tajudeen, a.k.a Arapa after snatching a bag from one female victim, Obiako Ruth, also using Motorcycle.

“The Motorcycle was also recovered with one matchete, one knife and a locally made pistol. Suspects will be charged to Court,” he said.