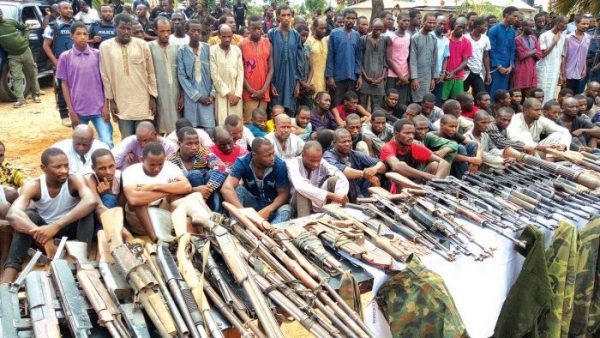 The suspects and weapons recovered

The Nigerian police force says it has arrested Two Thousand, One Hundred and Seventy-Five (2,175) suspects for the following offences:

The IGP stated that the Police are rejigging their strategies to ensure proactive interception of illicit weapons destined to our country and at the same time mop up un- authorized weapons in circulation.

While commending his men for a good job, the IGP stated that the mind-boggling size of the arrests and arms recovered so far is a testament to the efficacy of Operation Puff Adder and more importantly to the unalloyed and unwavering support of the public to the Nigeria Police and other Security agencies.