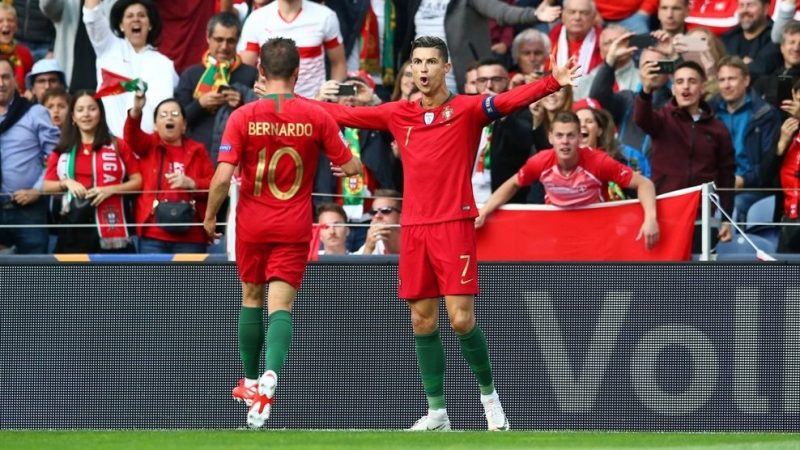 After scoring the opener in Portugal’s 2018 FIFA World Cup game against Morocco, Ronaldo moved above Puskás. He has now added another three goals to his tally in the UEFA Nations League semi-final against Switzerland.

The forward moved above Japan’s Kunishige Kamamoto (80) in the global rankings in March 2018, before going ahead of Puskás (84).

Iran’s Ali Daei (109) is the only player in world football to have outscored him.

How Ronaldo’s international goals have come

Home or away?
Forty-three of Ronaldo’s strikes have come at home (including at UEFA EURO 2004 and the 2019 UEFA Nations League Finals in Portugal), 30 away and 15 on neutral territory.

Win, lose or draw?
Ronaldo has scored in 59 games, with Portugal going on to win 49 of them. They have drawn five and lost five.

One, two; a one, two, three, four
Ronaldo has hit six hat-tricks, plus one four-goal salvo. There have been 14 doubles, with the remaining 38 goals coming in single file.

Favourite opponents
Five of Ronaldo’s haul have come against each of Andorra, Armenia, Latvia and Sweden, with four apiece versus Estonia, Faroe Islands and the Netherlands. He has never struck against France, Germany, Italy or England.