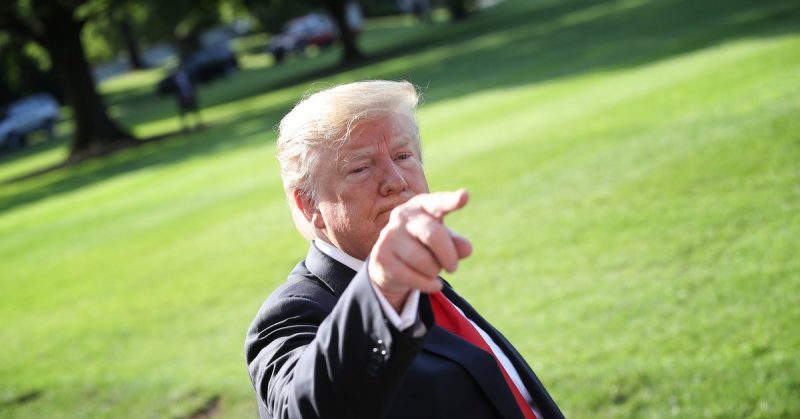 U.S. President Donald Trump is adamant about imposing new tariffs on imports from Mexico to pressure it to clamp down on rising numbers of migrants entering the United States.

Trump told a news conference in London on Tuesday  he expected to impose 5% tariffs on Mexican imports from Monday, citing the high number of mostly Central American immigrants crossing the U.S. southern border with Mexico.
His position defied the  increasing criticism from within his own Republican  party and US businessmen.
Republican senators warned that Trump may not have their backing, with Senate Majority Leader Mitch McConnell saying there was “not much support” among other Republicans for the tariffs.
The tariffs have also been criticised by the U.S. Chamber of Commerce and industry groups on concerns about increased costs for U.S. businesses and consumers.
Mexico exports a broad array of goods to the United States, ranging from cars, auto parts and televisions to popular brands of beer. Toyota Motor Corp said on Tuesday tariffs on Mexican imports could cost the automaker’s major suppliers as much as $1 billion.
The threat has spooked global markets and put the ratification of a three-way trade pact between the two countries and Canada that took over a year to negotiate in doubt.

In a last-ditch attempt to find a resolution, a Mexican delegation including Foreign Minister Marcelo Ebrard is set to take part in talks at the White House on Wednesday afternoon, hosted by U.S. Vice President Mike Pence. Trump will be in Europe to commemorate the anniversary of D-Day.

If the tariffs go ahead, the United States will be in a serious dispute with two of its three top trading partners. U.S. relations with China have worsened in the past month as Washington and Beijing have slapped additional tariffs on each others’ imports.

Trump has threatened to increase the tariffs on Mexico to as high as 25% later this year if the Mexican government does not do more to stop the migrants.

The president warned Republicans in Congress not to block his efforts. “I don’t think they will do that. I think if they do, it’s foolish,” he said.

Mexican leaders are expected to show White House officials on Wednesday that they are taking steps to stem the northward flow of migrants, but Trump said the talks might not resolve the issue.

“We’re going to see if we can do something, but I think it’s more likely that the tariffs go on,” Trump said during a state visit to Britain, describing immigrants entering the United States illegally as an “invasion.”

Asked to comment, Mexican President Andres Manuel Lopez Obrador told a news conference he was optimistic that a deal on tariffs and migration could be reached.

U.S. Commerce Secretary Wilbur Ross, speaking at an event in Miami, said of talks with Mexican officials: “Hopefully, we can work out a sensible solution to the border crisis and minimize the economic fallout.”