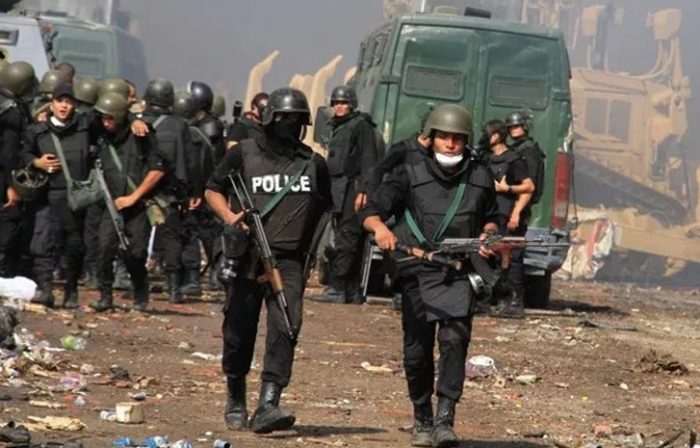 The Egyptian security forces say it has killed 14 suspected militants during a raid in Sinai Peninsula in response to a deadly checkpoint attack.

This adds to the deaths we reported on Wednesday.

The jihadist group Islamic State (IS) later said it was behind the attack.

The ministry said they followed the escaped suspects and found a hideout in an empty lot.

The security forces surrounded the suspected militants before engaging “in a heavy shootout”, it added.

They found 14 guns, three explosive devices and two explosive belts in their possession.

AFP also received a video recording from a police officer, who wished to remain anonymous, of a military plane destroying a tank hijacked by a militant.