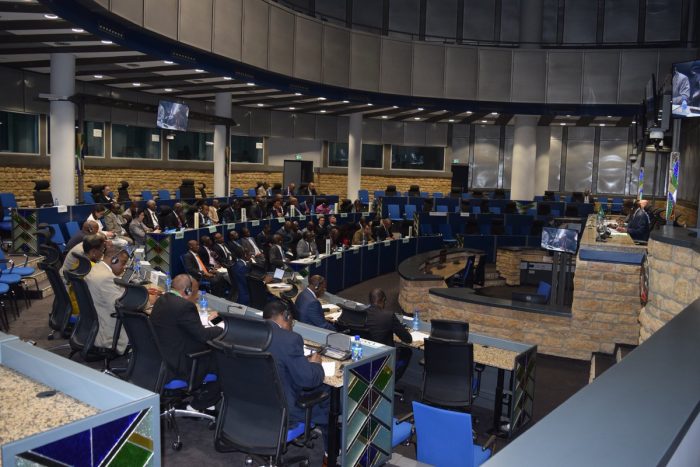 The African Union (AU) on Thursday suspended Sudan from all AU activities following the deadly crackdown against protesters.

The body’s Peace and Security Council tweeted that the suspension comes into effect immediately and will continue until the country establishes a civilian-led transitional authority.

It said this was the only way out of the crisis.

The suspension comes after members of the security forces shot dead dozens of protesters in the capital, Khartoum.

The crackdown began with a violent dispersal of the protest movement’s main sit-in camp, outside the military headquarters in Khartoum on Monday.

The Sudanese health ministry says 61 people have died in the violence – including three security personnel who were stabbed to death.

However, doctors linked to the opposition protest movement say more than 100 civilians were shot dead by the security forces, BBC reports.

The #AU Peace and Security Council has with immediate effect suspended the participation of the Republic of #Sudan in all #AU activities until the effective establishment of a Civilian-led Transitional Authority, as the only way to allow the Sudan to exit from the current crisis pic.twitter.com/ioBlnfnxcl